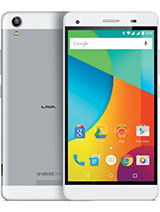 I bought this phone last week..
This is completely Chinese phone, display is good but battery is very very poor..
Maximum charge can't give you half day..
In this phone you will only memory nothing else..
And within 4 days i got hanging problem..
Please don't waste your money on lava..

in lava pixel v1 has a hide features ?

The phone doesn't look as in the photo above
the photo just exaggerates the screen size which is not real
For the true look of this phone,look in google images
i would feel happy if the phone's display was really

Google you could have thought once again (pointing towards features, specifications and competitive pricing) before launching Lava Pixel V1.

i had already brought this phone in the name lava iris x9 albeit with 16gb onboard memroy for rs,10,700 from a lava dealer 1.5 months back. the phone runs smoothly without any hiccup and no battery heating issues compared to chinese counterparts in this price range. only con is that battery will last only for one day in heavy usage and 2 days for moderate usage.

AnonD-422464, 28 Jul 2015Why the Old chipset?? Poor battery capacity. . it would be much better if it at least reach 3... moreI think it can be better with octacore pros. And a little more baterry wt 3000Mah. li poly
And also with a higher display resolution

UNIT, 28 Jul 2015i have used lava x9, really lava is upcoming like brand. hardware quality is good, looks good... moreToday 29/07/2015 lava launched in Chennai hv booked with an dealer gonna get in an hour hurray .... I feel everything will goes go smoothly .... trusted lava

I'm so excited with the launch of LAVA Pixel v1. Now I will get the pure Android experience without waiting for the updates for ages. Though people may talk about all of its software features that made them took notice of this phone but for me it's the slim and compact design that got me and of course the no lagging experience. The 13MP front camera and 8MP rear camera is also something that I'm looking forward to.

I don't know why people are complaining about the new LAVA Pixel v1 about not being a 4G
phone, I mean the 4G is yet to launch in india in a full fledge fashion. There is still some time by for it to be completely launched and till then why not enjoy the stable 3G connection which some of the high end priced phones can't even offer with guarantee.

AnonD-422464, 28 Jul 2015Why the Old chipset?? Poor battery capacity. . it would be much better if it at least reach 3... moreEven though battery is 2650mAh... Its Li-Polymer battery and is much better than Li-Ion batteries used by many others in the industry.. also the OS by Google optimizes usage and background apps so that there is longer usage..

The phone looks decent, But the performance of this device is a major doubt to me, With an average Mediatek processor and very Poor GPU of mali-400 nobody can play any high-end games and also Full HD video playback is also a major doubt

the phone looks decent, but the main fact is the performance of this device is a major doubt to me,because the structure with an average mediatek processor and a very poor gpu of mali-400 only. With this configuration nobody can play any highe-end games and Full HD video playback is also struggling.

I think I just found my dream phone with LAVA Pixel v1. Google software with no lags, regular updates, good battery backup, HD camera, increased internal space and sleek look that's easy to handle, all of this in just 11, 349 is worth every penny