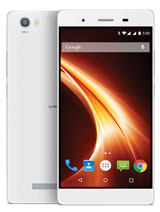 lava mentioned on its lava x10 4g phpne that it is a volte handset, bt it isn't volte, nd i can't be use reliance jio service in it

I have bought Lava X10 handset in February 2016. Six months already past but company has not given any upgrade as confirmed during its launching. I am very much dissatisfied by Lava for not giving marshmallow with VoLTE feature upgrade as per guarantee given at the time of launching and also available on box of the product. I am not able to use VoLTE facility of Reliance Jio True 4G voice facility due to this issue. Giving big zero star 🌟 to Lava.

Can I know, this system has hands free mode if yes please know me the procedure

how to make vedio in lava x10 mobile phn without internet

The specifications is very good for the price. Can the os upgrade easily to marshmallow? Pls reply me

hi friends does this phone support 4g on both sims at the same time please confirmed.
regards

he tele me x10 is bad ya good answer me

kamlesh, 28 May 2016Lava x10 Mobile very bad battry problmHi Kamlesh,
Lava X10 has a great battery backup and if you are suffering from a battery problem, then you must be doing something wrong. Make sure that you are not over charging your phone and that the RAM is not all occupied. If you are using your phone the whole day, then you might want to slow down. Also make sure that there are no apps running in the background! The thing that I find really strange is the fact that this model has a specification of 2900mAh which is no small amount when it comes to batter so how can it face such problem! I mean it has a talk time of more than 12 hours and I would know since I've been using this phone for sometime!

Kritik bondia, 29 May 2016Dear Lava Care centre. I m using this phone since april...i didnt face any problm......bt the... moreOkay, so my brother has been using Lava X10 for a long time now, and as far as I know, he hasn't faced any problems with it. Have you updated your phone yet? Sometimes a glitchy update can cause such problems. Try to 'factory reset' it once, and see if the problem persists. If it does, you can always go to one of the bazillion Lava customer care centres and get it fixed. Hope this helped!

AnonD-543177, 30 May 2016Hi, I am using Lava X10 for the past six months. There is some problem with the pictures taken... moreI think your problem is software/OS based. I'd suggest you to re-format your phone from scratch. If you can't do it yourself, then visit a Lava service centre, where they can do it for you. IF the problem still persists, then maybe you can ask for a replacement if your phone is still under warranty.

A substandard phone with no quality checks applied on finished assembled phone before packing for selling. I purchased this lava x10 hardly a month back.From day one, I am experiencing a malfunctioning typing key board problem. I communicated their customer care and visited their service centre 5 times. The problem is still unsolved and i am left with no option to discard it as an e waste.
The service centre technicians hired by Lava ,in my view . are totally untrained with very little or no knowledge of mobile system and parts . Totally untrained persons who thrive on trial and error to rectify a particular phone problem. in the process , you have to visit service centre a number of times for solution. Second thing about service centres , they are always looking to extort money from you , even if the phone is in warranty period by attributing a particular fault to some defect which is not covered in warranty. This tactic enables the service centre to extort money from hapless customer in need.

Regarding the customer care personnel employed by Lava. Totally untrained , irresponsible employees oblivious of the fact that their irresponsible behaviour is greatly damaging Lava reputation,. The lava care personnel responds with a single drafted e mail by changing the top few lines without referring your problem stated in your e mail.

Hi, I am using Lava X10 for the past six months. There is some problem with the pictures taken with the camera as they appear half in grey colour & says it can't generate the thumbnail. What could be the solution for this ?

Dear Lava Care centre.
I m using this phone since april...i didnt face any problm......bt there is a prblm that it automatically gets switched of during day time nd i hve to turn it on.....today when i switched of on my own ....it got stuck there nd it is nt evn turning on.....plz hlp me to resolve d prblm