Turns out the rumors were true. The Le Max Pro from LeEco (formerly LeTV) became the world's first SD820 smartphone to go on sale after a limited number (1,000) of units were made available for purchase today. 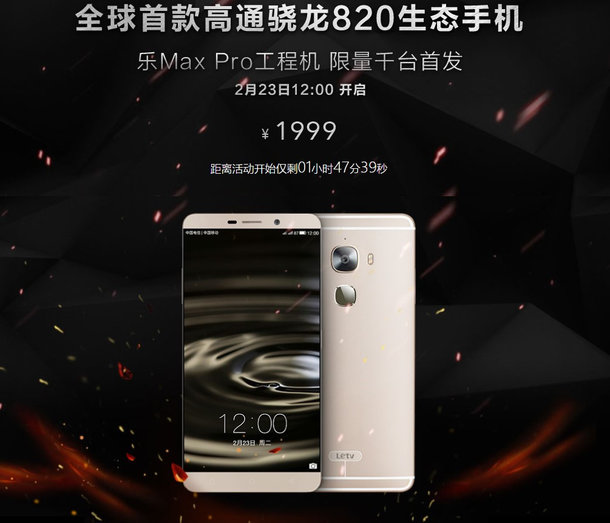 There are, however, a couple of interesting facts about the sale, which started at 12pm China time. Firstly, the units up for grabs were not commercial models, but engineering models instead. And secondly, they were available for just CNY 1,999 (around $305) - earlier rumors had suggested the device will cost somewhere between CNY 3,500 and CNY 3,700 ($530-$570).

Hello dear Friends, As i am new here and wanted to buy this Le Max Pro In (Pakistan) i wanted ADVISE from those Who are using this Model following Information: 1. Is this Mobile fast according to its RAM ? 2. How is its BATTERY LIFE in Full Char...

There're some rumors that suggest that this phone gonna be exclusive for Chinese and Japanese markets. I can't validate the genuineness of such rumors but if it's true then just forget about buying this phone. In such case unless some Ebay seller ...

i bought a le1s and so did a lot of my friends, it has no problems whatsoever,either you got a defective piece or you just dont know how to use a smartphone