Yesterday, EE (formerly Everything Everywhere) announced that it'll be launching the first 4G LTE network in the UK with the Samsung Galaxy S III LTE and four other phones as the first handsets to support it. 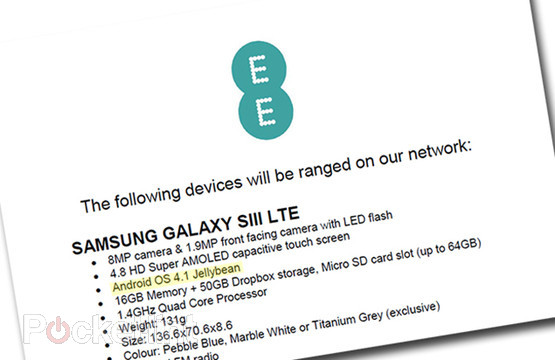 Now it seems there will be a small surprise for the EE users who go for the Galaxy S III LTE - it will run Android 4.1 Jelly Bean out of the box. The news comes from a memo that leaked to Pocket-lint, who later also obtained photos of the Titanium Grey version of the phone running JB. Titanium Grey will apparently be exclusive to EE.

The Jelly Bean update is coming to the regular S III soon. We've seen leaked ROMs and we even previewed the update.