Leak reveals Samsung is working on a Gear VR controller

The Oculus Rift shipped with an Xbox controller, soon the Samsung Gear VR will have a controller of its own too. Instead of reusing a console controller like the Oculus, Samsung designed a custom device.

The advantage of going bespoke is that the controller snugly fits inside the Gear VR headset when not in use, making it easier to transport (and portability is the Gear VR's main advantage).

The controller itself bears the Oculus logo and has a single analog stick, four action buttons and two shoulder buttons. It connects to the phone over Bluetooth and reportedly weighs a hefty 300g (an Xbox One controller is around 220g). 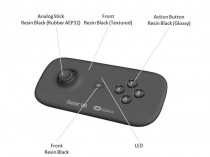 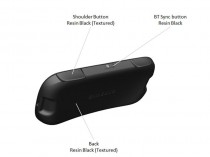 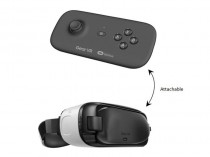 The leak didn't come with price and launch date info, hopefully, we won't have to wait until IFA to see it. Samsung's earlier GamePad had more controls, but it didn't gain much popularity.

Thanks for the ugliest design samsung.

Looks good How much & when available?