Google will not host its annual I/O event, but the product launches will go ahead as planned. We expect to see the midranger lineup in two months time, and now we get the first alleged images of the Google Pixel 4a.

The front of the phone appears to have a single punch hole in the upper left corner, while the back panel comes with a fingerprint scanner, along with one camera and one LED flash, positioned in on a big square base. 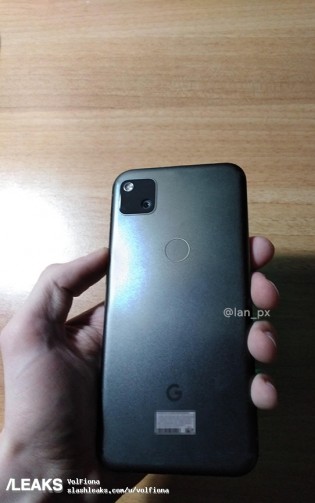 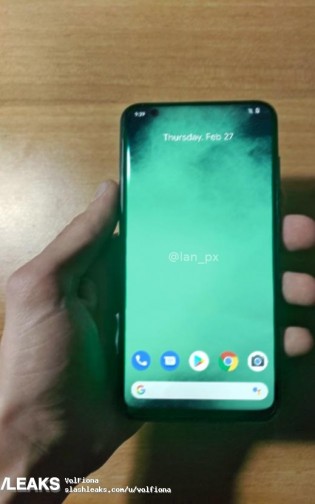 Perhaps Google is trying to unify the design across the Pixel 4 family - a relatively big square in the upper left corner of the back. Another reason could be this device is entirely fake and has nothing to do with Google - only time will tell.

Sadly, leaked renders from the beginning of 2020 suggest Google is really going for such an appearance. We expect the small device to arrive with a 5.81” panel and given the fingerprint sensor is on the back, the screen will be of the LCD variety. The phone is likely to have a 3.5 mm audio jack on the top and a USB-C port on the bottom, positioned between two speaker grilles.

That's one hell of a useless square camera bump. It's literally a single camera and a flash.