The latest leaks, concerning the next generation iPhone show what appears to be the new motherboard and the new smaller dock connector. 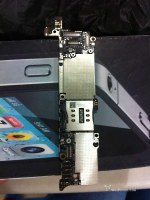 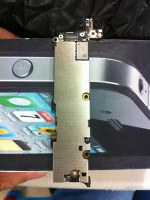 The second leaked image reveals what the new smaller dock connector looks like. It features 16 pins (8 on each side) and it looks like it's slimmer than the standard microUSB ports.

Currently iDevices use a 30-pin dock connector, but we've been hearing rumors of 19-pin or 9-pin units making it on the new iPhone.

As usual, you should take this information with a pinch of salt as we've seen misleading rumors before even when we are as close to the next iDevice announcement as we are now.

well sais ,can you buy motherboards comlete on this that genuinely work?

LOL! Android fan? Or apple fan claiming such to rant about how awesome apple is.....not lol