The Meizu 16 is arriving in August, as confirmed by company CEO Jack Wong earlier this month. Now a press image of the phone appeared on Weibo, suggesting a massive screen with curved edges and lack of buttons on the front. There are small bezels on top and bottom, but the device will not have a notch, as we reported earlier. 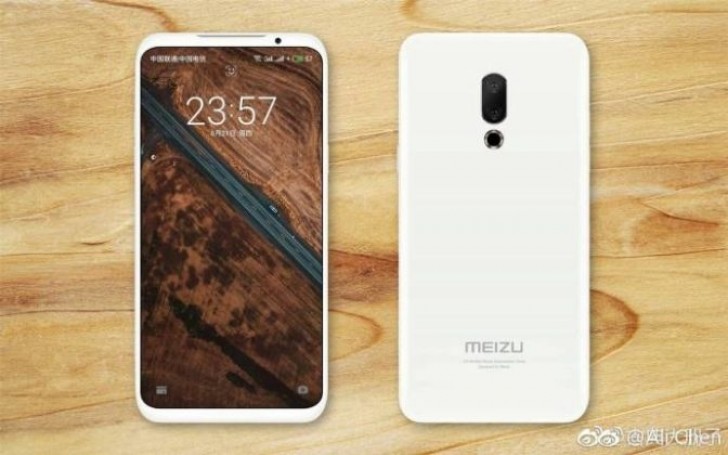 The image suggests the main camera setup will be placed vertically in the center of the back panel and not in the corner, as previously suggested.

Although the photo does not reveal any fingerprint scanners, it can be either on the side like the Meizu M6s or under the screen, since the company now has the patent for that.

The Meizu 16 is expected to come in two variants with two different chipsets - Snapdragon 845 and Snapdragon 710. The more powerful version was teased with a heat-dispersing chamber by Wong and is likely to carry a Plus moniker, while the latter looks like a more affordable version.

Good job, Meizu. I'm not a fan of these narrow-aspect ratio displays, but at least they didn't incorporate a pointless eyesore-notch or an annoying glare-ridden curved display. It has small-but-functional top/bottom bezels that are the same size, cre...

It is but do you think anyone care about it ? That called corruption that is still around from the days of soviet union

Not sure about Estonia, but in Russia we have Consumer Protection Law. But i suspect that Estonian version should be similar to Russian or EU CPL. which is largely a copy of Russian.