The Meizu 17 family arrived back in May, but we haven't heard much from the Chinese manufacturer since. Yet today a leakster on Weibo claims to have the first renders and specs sheet of the Meizu 18 Max 5G.

The upcoming flagship is said to have a Snapdragon 875 chipset, paired with UFS 3.1 storage and LPDDR5 RAM. 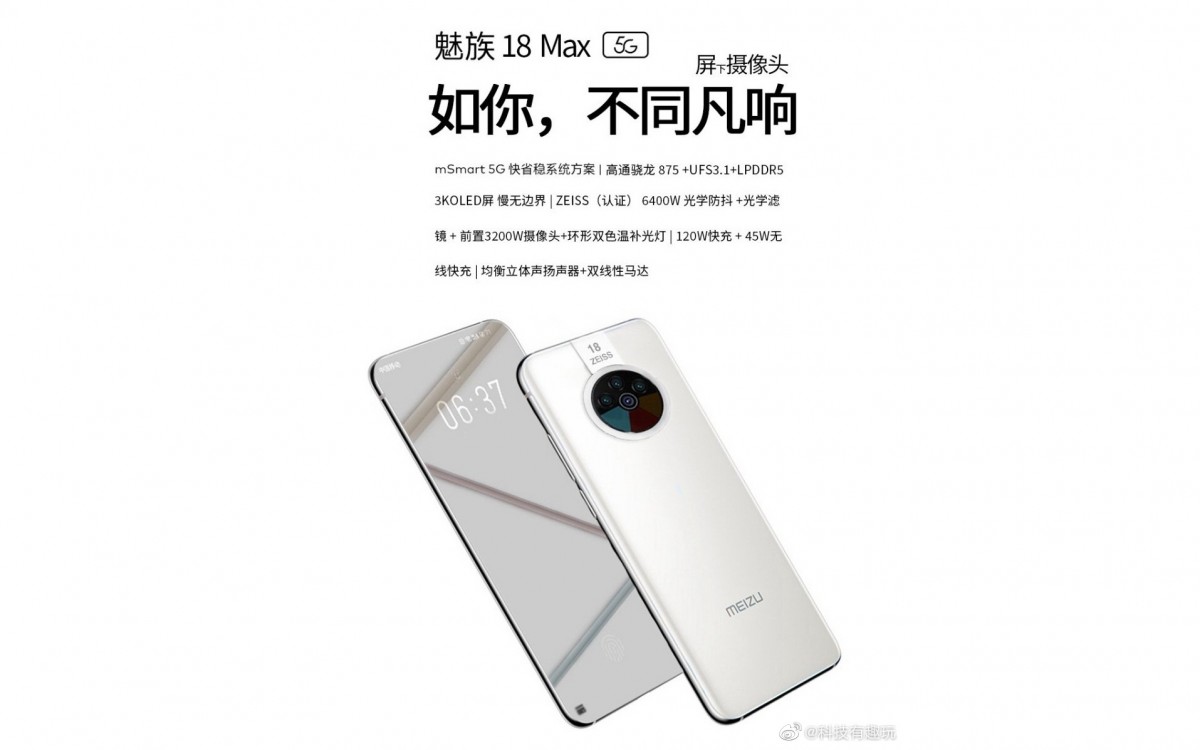 The screen is said to be 3K OLED with unnamed exact resolution and the image reveals no punch holes, notches, or bezels for the 32 MP selfie camera. On the back, we should expect a 64MP main cam with ZEISS optics.

And here’s where it gets interesting - according to this one image, the phone will support 120W charging over the wire and 45W wirelessly, which would be a huge jump from 30W/27W rates in the Meizu 17. Other highlights include dual stereo speakers and a dual linear vibration motor for gaming.

However, this whole leak has a bunch of red flags to it so we wouldn't get our hopes up just yet. The phone looks suspicious, the back panel has no flash of any sort and charging speeds while not unprecedented seem like a bit of a stretch seeing how Meizu was never at the forefront of the charging speeds race. Until we see further proof, we'd be leaning on this being more wishful thinking than actual early intel.

If you consider what I said as abnormal and is justifying for judging a person's mental state, then you have a really poor understanding of what a saine mental state is. Switching from a debate to purely personal attacks without any kind of ar...

Whatever it is you're on seems to have a numbing effect on your brain, man. Let it go!

This is a childish and relevant as saying "Mirror, everything you say goes back at you". I ACTUALLY know what this world mean, also there is a great deal about what the description of a world is and how the world is...Actually, used...