Leaked Oppo poster reveals A91 and A8 details, confirms the Reno3 design

A recently leaked Oppo poster is here to reveal a bit more details about the upcoming A91 and A8 handsets. In fact, this is probably the first time we hear something about those devices. 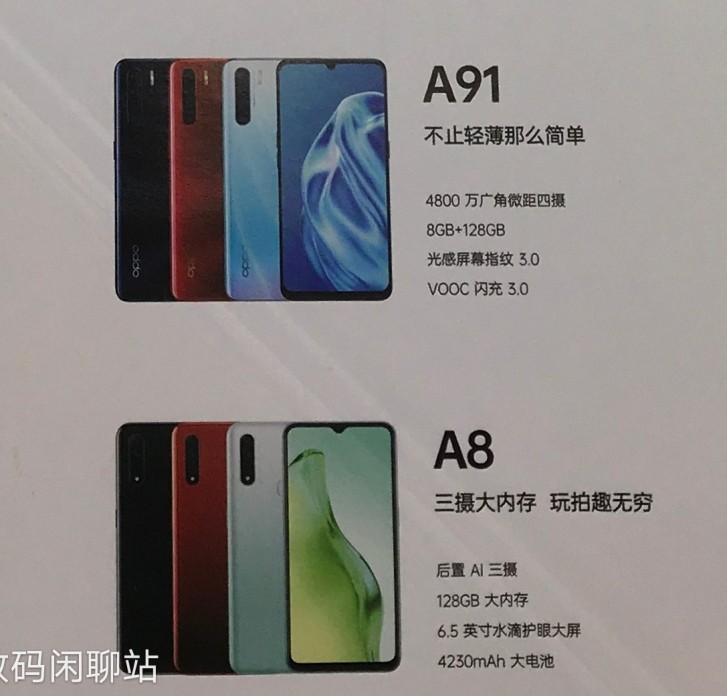 Looking at the image, the A91 and A8 look pretty similar with small waterdrop-like notches with the A91 being more minimalist in a way and having a quad-camera array instead of three like the A8. The main camera of the A91 appears to be 48MP, boasts 8GB of RAM and 128GB of internal storage and also VOOC 3.0 fast charging, which translates to 20W.

Unfortunately, the poster doesn't reveal any other details surrounding the two phones, but it does confirm the design of the popular Reno3 and Reno3 Pro 5G along with some of the features. If, of course, the poster's legitimacy is confirmed, which we can't this point. 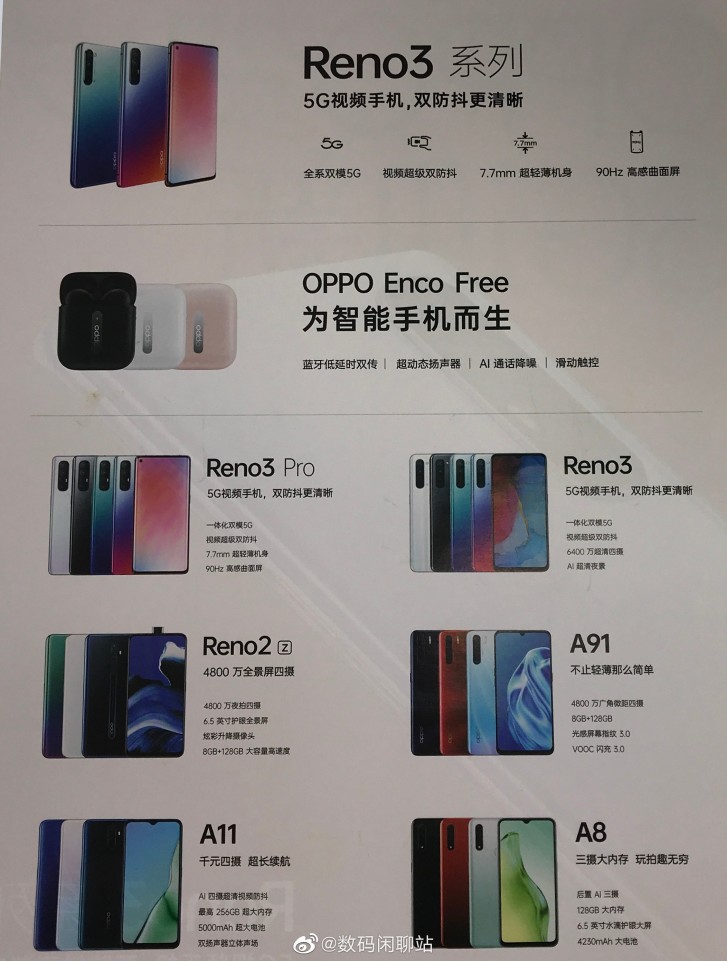 And there's a guy who always disagree about the fact that Oppo/Realme are WAY WAY WAY worse than Xiaomi in copying from Samsung. A91... A8...