Earlier today we showed you a partial render of what looked like a supposed Android-running version of the BlackBerry Passport. At the same time, we got word that the BlackBerry device codenamed Venice would eventually be headed to AT&T.

Venice has so far been rumored to come out in November with Android on board. And now a leaked render surfaces claiming to depict it in all its glory. 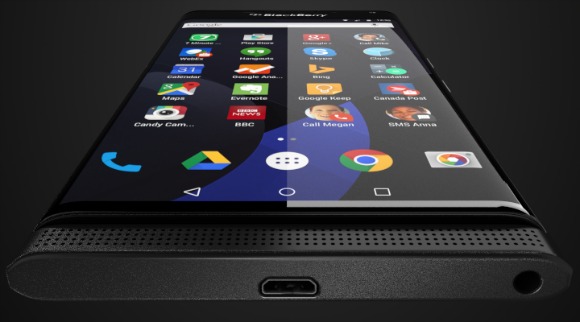 The source is once again @evleaks, the famous sometimes retired leaker of all things mobile. He was also the one who brought us the image of the Android-running Passport a few hours ago.

The Venice model pictured above is going to be a slider, with a full physical QWERTY keyboard in tow. It should sport a 5.4-inch QHD touchscreen, a 16 MP rear camera, a 5 MP selfie snapper, 3GB of RAM, and a Qualcomm Snapdragon 808 SoC with a hexa-core CPU.

Blackberry please dont go with Andriod. Keep up the standard. If you can reduce the price of the BB handsets most likely you can regain the market status. Even if you launch Android you need to make it very very cheaper as much cheaper android phones...

First of all, Replicant IS Android. It is one of many builds, and yes it is possible to have Android without Google Play. Malware and adware is easily countered by sticking with F-Droid and a custom hosts file. Open source Android is completely possi...