The Huawei P9 - which is scheduled to be unveiled on April 6 - has been the subject of several image leaks so far. Now, a new image, which apparently looks like a press render, has leaked clearly showing off the back of the smartphone. 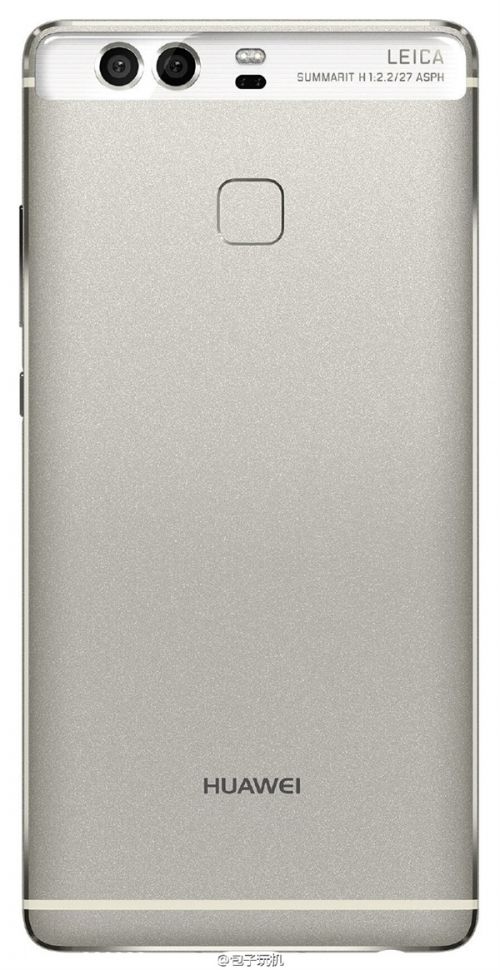 The image clearly shows a dual rear camera setup, which has already been officially confirmed by the Chinese company, as well as a finger print scanner. In addition, the image also re-confirms that the handset comes with a Leica co-developed camera.

As for the specs, from what all has been rumored so far, the phone is powered by a Kirin 950 SoC and sports a 5.2-inch 1080p screen. It has 3GB/32GB memory configuration, and features a 5MP front shooter and a 12MP dual rear camera setup with support for OIS. There's a 3,000mAh battery to keep the lights on.

Thank you. I hope you will too. And just to second what I was talking about. In the recent review of P9, they test Kirin with its "inferior" Mali GPU. Sure, numbers show some underperformance compared to Qualcomm, but...and here's the best part - no ...

To each his own, hope you're satisfied with your next choice.

Well...they just started shipping it, so once more people will get a chance to use it on a full scale, there may be more complaints. I don't mind using the top end CPU, providing it will work well. If 820 will start heating up randomly and on a simpl...