Huawei is set to unveil the Mate 9 at an event on November 3, and the handset could become available only a few days later, on November 8 according to a past rumor. The Mate 9 will arrive at an interesting time in the phablet world, now that the Samsung Galaxy Note7 is no more. So Huawei has the opportunity to move quite a few units.

We've seen purported leaked renders of the Mate 9 before, but today we get a new batch from none other than Evan Blass, a.k.a. @evleaks. He reveals that there will be two different Mate 9 designs, one having a curved display like Samsung's "edge" devices. 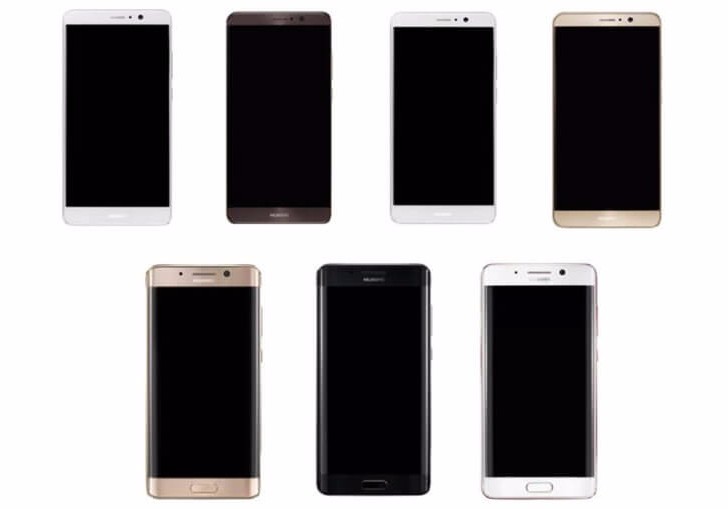 The flat screen model (seen in the top row above) is apparently codenamed Manhattan, while the curved screen version (portrayed in the bottom row of the image) is codenamed Long Island. The latter will have higher-end specs than the former, including a QHD touchscreen compared to the flat phone's Full HD panel.

As you can see, while the flat Mate 9 (pictured in a close-up below) does look like a lot of previous Huawei handsets, the curved model bears a striking resemblance to Samsung's Galaxy S7 edge, and perhaps even the now dead Note7, especially with that fingerprint scanner moved to the front, underneath the screen. 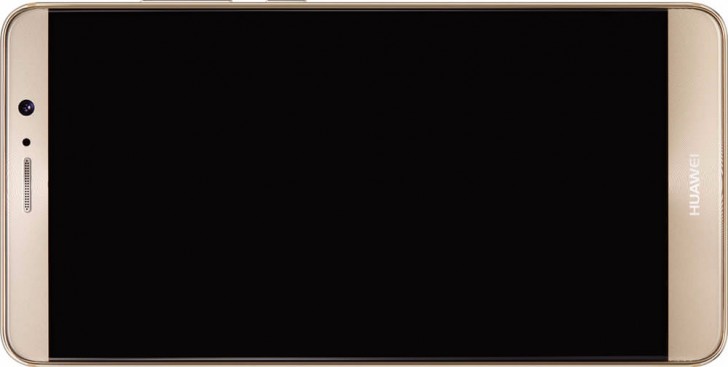 The Mate 9 is once again said to be powered by the Kirin 960 chipset, aided by up to 6GB of RAM and 256GB of built-in storage depending on which version you pick. The screen size will allegedly be 5.9", while on the back we'll see a Leica-branded dual camera arrangement like in the P9 from earlier this year. Unlike the P9's setup, these snappers will both have 20 MP resolution and f/2.0 aperture.

Unfortunately the high-spec Long Island Mate 9 may never be sold outside of China. On the other hand, the Manhattan iteration will reportedly get a worldwide release, including the US.

Yeah agree, their GPU is the only thing that let's them down on their Flagships. I heard it was coming with G71 and maybe nougat -_0