As September approaches and with it the announcement of the Samsung Galaxy Note III, rumors about the upcoming phablet are bound to intensify. Today we got the first sample from the handset's camera, which confirms the resolution of its snapper.

The image which was uploaded to the Picasa web albums has a resolution of 2322 x 4128 pixels, which is what a 13MP sensor produces in 16:9 mode. This means that Samsung will again equip its flagship smartphone and phablet with identical camera modules - a tradition that has been going since the first Galaxy Note came to life. 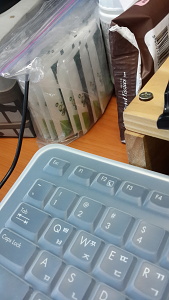 The EXIF info confirms that the Samsung Galaxy Note III will have the same F/2.2 aperture and 31mm lens as the Galaxy S4. Given the excellent performance of this particular sensor and lens combo on the Galaxy S4, it's hardly a surprise that Samsung is in no rush to upgrade it.

Of course at this stage, it's way too early to be reading anything into the image quality of the shot, particularly when we don't know how much light was available at the scene. Still, the Galaxy S4 samples from our review should serve as good reference on what to expect from the Galaxy Note III snapper.

ur rite man i am with u...all Androids phone are brothers and siters but samsung is father of all android phone...