We wonder what's left for Xiaomi to announce on May 31 after all these leaked images, video and rumors about the upcoming anniversary Mi 8 flagship. Especially now that photos of the retail box have surfaced online. 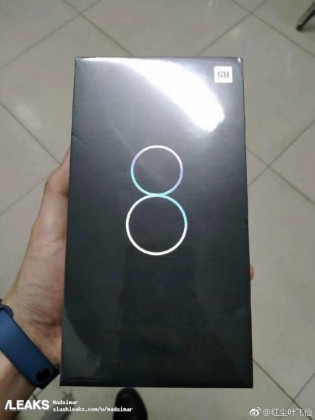 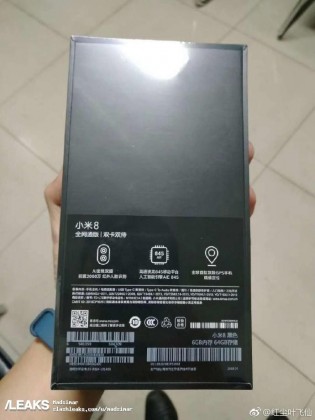 The box doesn't disclose too much, but it confirms some of the rumored hardware. The usual Qualcomm Snapdragon 845 SoC is on board paired with 6GB of RAM and 64GB of internal storage (a 128GB version was also mentioned previously). Another highlighted feature on the box is the GPS, which is set to be a dual-GPS module - apparently a big deal as it's also on the leaked poster below. We don't know why two GPS modules would be better than one but we'll find out soon enough. 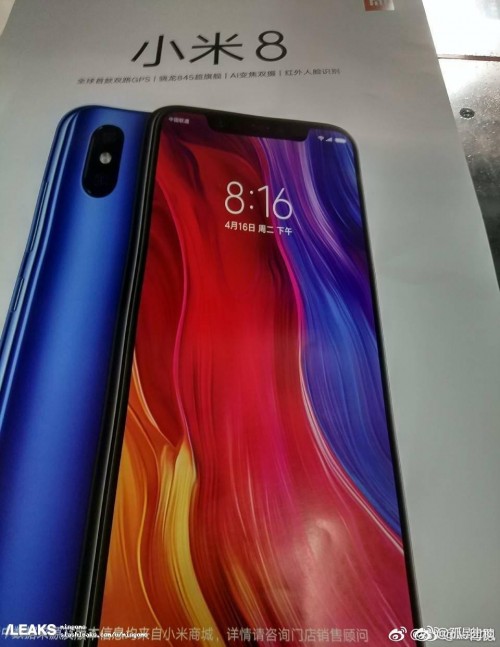 Looking at the box, we also see a clear confirmation of the dual-camera setup on the back with one of the sensors rated at 20MP, which once again is in line with the previous rumors. Moreover, the box reads that it contains USB Type-C cable - of course, it does - and a "USB-C to Audio" dongle. The latter hints at a missing 3.5mm audio jack, which also shouldn't come as a surprise because the previous Mi 6 flagship didn't have the good old auxiliary port.

Going further, the M1803E1A model number gets confirmed from the earlier 3C certification report and we just hope the rumored in-display fingerprint sensor and the 3D face recognition will make an appearance. They will definitely be the standout features of the Mi 8.

Man i am using Kraken from Razer bought them with 50% discount for 59 euros and they working almost like Bose. In case of earphones Razer are at ultra high quality for its price. And some older models such as my Kraken World of Tank Edition you...

BOSE is too expensive for me.. actually I'm not buying earphone over than 30usd, for headphone maybe about 40usd (50usd max).. i have a lot of earphones and headphones like edifier, pioneer, steelseries, Logitech, JBL and they all price below 40usd (...

Well buy better bluetooth from better brand problem solved. Try BOSE if you have couple of hundreds in money. There is nothing better than BOSE.