Xiaomi has recently announced the new Mi 4i smartphone in India, meant for global roll out. And yesterday, the Chinese startup announced the Mi Note Pro in China. While we race through the mid year, the company has handful of devices set for release for rest of the year. 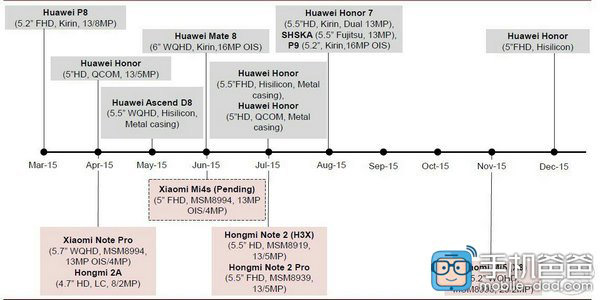 Also, there will be Xiaomi Redmi Note 2 Pro with a 5-inch 1080p display and Qualcomm Snapdragon 615 mobile chipset while rest things will remain the same.

The Xiaomi Mi 5 will see a daylight in November with 5.2-inch QHD display, Qualcomm Snapdragon 820 chipset, and 20.2MP camera.

Apparently, this could be the release schedule for the China region and may not apply to the rest of the world.