T-Mobile UK already has Sony's Xperia Z1 flagship, but its US-based counterpart is still to get it.

Leaks of the US version of the Z1 continue though, and we now have both the front and the back of the device. The back is branded with the carrier logo (US carriers love their logos), while the front shows the Sony-customized Android 4.2 build and the 4G connectivity icon.

Leaked image of the Sony Xperia Z1 for T-Mobile USA

Note that there are a couple of differences between this unit and the official Xperia Z1 units we've seen so far. Namely, the 3.5mm audio jack has moved and the front-facing camera is on the other side of the Sony logo. There also seems to be a new mic hole on the back. 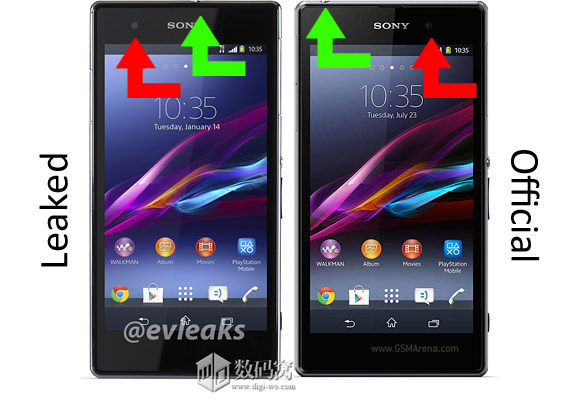 I have z1 and the note 3. I have to say this phone is pretty fast but the Note 3 has a more colorful and slightly better camera for night performance. I am looking for their new firmware update hopefully it would bump up the camera on par with the no...