ZTE's premium Star lineup may be in for an update, if a set of recently leaked renders are to be trusted. The images reveal slender body lines in keeping with the established design aesthetic of the series. 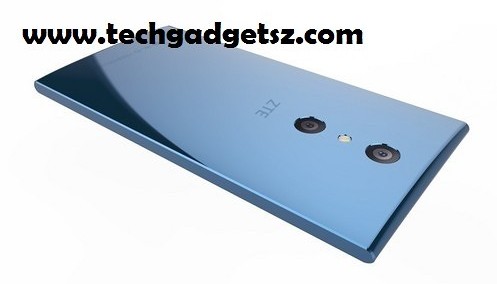 The pictured smartphone features minimal bezels around a display, likely sized at 5.5 inches, though the source hasn't stated it explicitly. Separate circular volume buttons, much like the ones introduced with the iPhone 4 sit on the right side of the device.

However, the absence of a power button on either side, or the top, suggests an error on the the designer's part, and it probably goes to show that the renders represent a very early stage in the smartphone's development.

It is the dual camera setup on the back that should gather the most attention, though. The two equally sized lenses suggest that the future smartphone may come with 3D capturing capability as well as some nifty post-shot focusing effects.

Two color options are pictured, and the dark gray one reminds of the sandpaper-style back of the OnePlus One. It is the shiny blue model, though, which is the absolute stunner of the duo.

Bear in mind that the current ZTE Star 2 model was announced in December 2014, so the sequel is likely a good 6 months away. With all this time remaining and the lack of material evidence to support these images, you shouldn't be surprised if the new model ends up quite different.

Honor 6 plus far better than this

wait.. No comments?.. Seriously?.. Hey guys! Dual Camera!.. I mean is something new for the ZTE vibes.. Ok, well i think is uhmm good considering the fact htc couldn't rack up much with it.. Don't know what to expect from this one