After several long months of contradicting rumors, the owners of the current crop of WP smartphones finally got official information regarding the eligibility of their devices for a WP8 upgrade. Sadly, the answer Microsoft delivered isn't the one we were all hoping for.

It was confirmed that the just announced Windows Phone 8 won't be coming to any of the existing WP smartphones. The reasons for this are yet unclear, with some pointing to the limited hardware and others speculating it's just an attempt by Microsoft to make users upgrade.

The consolation is that even if you don't change smartphones, at least some of the cool Windows Phone 8 features will be made available to you. Microsoft will be treating legacy hardware to a Windows Phone 7.8, which will enable the resizable live tiles as well as a few other features that weren't explicitly mentioned. 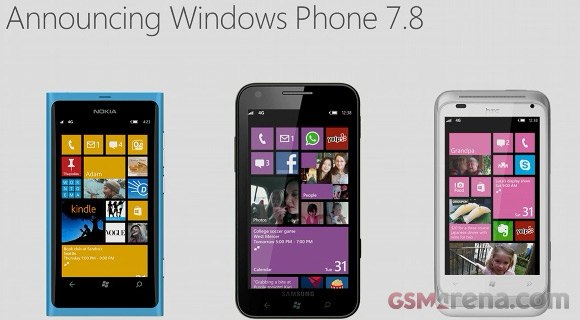 The Windows Phone 7.8 update will be brought directly to the users, which means carrier approvals won't slow down its rollout. There's no saying yet when the update will be delivered, though.

My favourite ever example of "angry on the internet" Love it

guys please. although older iphones like 3gs can run the latest iOS, it's not getting all the updates. MS is just being honest to its users by providing tango. open your eyes.