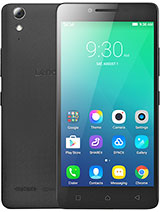 A6010 is about the same as A6000 only had bigger RAM and internal memory. I'm using A6000 without having many problems other than the battery which could only last for 7 hours for hard user of non stop internet surfing.

Turkey version has 1gb ram and 8gb internal memory.
The phone meets the expectations regarding it's price. The phone is rigid and 1gb ram usually does not create problem.
The only con is the internal memory since you have to install most of the apps into int. memo. Frequent users should select a larger int. memo. capacity phone.

I really need no great spec but good feature, fair durability, good battery, inexpensive .. that's enough for daily use. I found not necessary using the great one because new model with better spec coming out every 6-12 months. This may be the good cheap one for this time. Another better one and inexpensive like this is Wiko fever.

Purchase this phone on 22.01.2016, first problem that i faced is the notifications led light are bugged means the led will light up for no reason no notification and nothing , second the mic are too soft.

Lenovo A6010 that assembled in Indonesia have 13mp rear camera and 5mp front camera,and other specification same as gsm arena reviewed

Anyone know what is about the latest update could be

Just bought this phone last two days, first problem that i faced is the notifications led light are bugged means the led will light up for no reason no notification and nothing , second the mic are too soft. Other than that battery is ok, camera is bad. Speaker is great.

Anonymous, 01 Dec 2015We s silent modesilent mode is when you press the volume button and press "none". That means no sounds and notifications. "Priority", meanwhile, only rings up the phone for calls. "All" mode means all sounds and notifs will be heard.

Phone boots fast, shifting from one app to another is fast as well. Graphics are hi-res and transitions are smooth; high-quality, even. Camera is slightly dimmer than expected but captures photos well under good natural lighting. Phone is lightweight which is a joy, too.
If on wi-fi for the entire time, battery would not last the whole day but at least it doesn't heat up like other phones.
The only problem I had initially was that sometimes the inbox would catch a bug and not show the name of the contact who texted, but this can be fixed after reopening the Messaging app.
Sound is crystal clear due to the Dolby technology, but sadly the phone doesn't come with earphones when you buy it. Other earphones work when plugged in, so if you have one already it shouldn't be a problem.
Overall, I recommend buying this phone for value-for-money sa it only costs PHP8,000 (about $170).

battery back is not good remaining all are excellent

6010 ദor 6000 shot is a good phone within the prize 10000.Its front camera is awesome and battery backup is great.There is no heat prblm in my phone and no hang.Rear camdra is not very good.BUT there is a prblm in my phone that while i change the screen resolution i lost my system apps such as gallery,settings,file maneger which were placed in the main screen in a row.ആഅBut i regain this by change launcher.Except this it is an awesome phone.

When lenovo use gorilla glas for protection? I am waiting.

Total of 236 user reviews and opinions for Lenovo A6010.
ADVERTISEMENTS