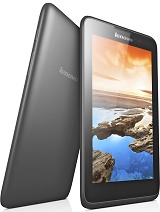 what's the pin code for this tab

In my tab, the back and home buttons are there permanently due to which screen size decreased... Somebody plz tell me how to fix this...

Cool, 07 Apr 2015He doesn't because when any battery of any kind, even if it can't be removed, it can can be re... moreHello our lenovo tab is suddenly blocking & sometimes it's not at all switching on but after 2days it working normally....!again the same problem is being repeated. We bought this product from apple electronic s,p.o.box:5224,All Nakheel Ra's All Khaimah,U.A.E,bill no :20628, dated 12-12-2014...!I am from KAKINADA,A.P,INDIA!so can you suggest me can we get warranty in KAKINADA?? .

why there is no orientation sensor for this tablet?

TUMI, 22 Jun 2015Why can't I download what's up unto my tabletGo to settings tap on download manager and clear data if not fix problem set default

andrajung, 10 May 2015somebody please help me, i have a problem that suddenly my tablet cannot connect to wi-fi. I n... moreG to settings of WiFi and reenter WiFi password

It's Super Tablet I can't believe it

Why can't I download what's up unto my tablet

wish I got THIS tablet instead of the a3300

shall we put keyboard cover for lenovo a7 a3500.will it support

AnonD-323850, 30 May 2015True to lenovo's tradition of screwing with their customers, they released the a3500 with a 2 ... morehi, so what would be your alternative suggestion

The Lenovo A3500 tab is great product if we compered it to other brands in same size 7" screen and its price its more better then other brands with more options and internal memory 16gb and 1 gb rams and big bettary 3500 amp and nice design and great performance and great price .... Good job Lenovo and who don't like it let him go buy in same price better options if he can find even will pay more and get less options

surely buy Asus Fonepad. I've it and it's excellent.
although, both are similar in many aspects, but fonepad is quality built from asus with better software support, and upgradable to android lollipop, besides, the look of fonepad is more superb

athena, 17 May 2015Hi! My front camera wont work, it says everytime I opened it "Can't connect to camera&quo... moreI believe it's a hardware problem. Have it checked out at your service center to make sure.

True to lenovo's tradition of screwing with their customers, they released the a3500 with a 2 year old OS (JB was released Q4 2012) and updated to a 3 quarter of a year old OS iteration (KK was released Q4 2013)a few months after the a3500 was released (june 2014). And it wasn't even the latest and final iteration of KK! It was 4.4.2 and not 4.4.4! Now they're abandoning the a3500 because lenovo felt that they already did their customers a great service and favor by updating a 2 y/o OS to a 1 y/o one! These guys are selling old units and passing the off as brand new then leaves the owners hanging with an obsolete unit even before they buy the damn thing! So my message to lenovo remains the same: SCREW YOU! Because of you I'm never, ever going to buy a chinese owned or branded phone ever again, no matter the specs or price!

kalai, 11 May 2015hai pls help me .my sim card cant accepted .showing sim card popup illegal.how to solve this p... moreI've the same issue! Did you find a solution? am getting this error message "sim popup illegal"

Total of 692 user reviews and opinions for Lenovo A7-50 A3500.
ADVERTISEMENTS