At a global launch event yesterday, Lenovo announced the Yoga Tablet 2 Pro. The tablet runs Android and packs a 13.3" QHD display, but that's not even the coolest thing about it. In fact, the Tablet 2 Pro comes with an integrated projector, which allows you to beam the slate's display on up to 50" surface. Moreover, the Tablet 2 Pro comes with a 5W JBL subwoofer and two 1.5W front-facing speakers. This makes up for an 8W surround sound system, which promises to be quite good. The slate's battery is good enough for 15 hours of usage on a single charge, but no more specifics are available at this point. All of these neat features have made the tablet quite heavy at 950 grams. Since this is the latest slate in the Yoga family, it comes with cool stand allowing it for different viewing modes. In addition to the old Stand, Tilt and Hold, there's a new Hang mode which lets you hang the tablet on a wall, for instance.

Under the hood of the tablet operates a quad-core Intel Atom Z3745 processor and 2GB of RAM. Internal storage is 32GB, while the microSD card slot allows for additional expansion of up to 64GB. 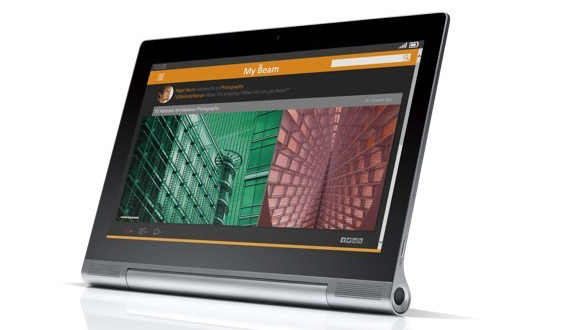 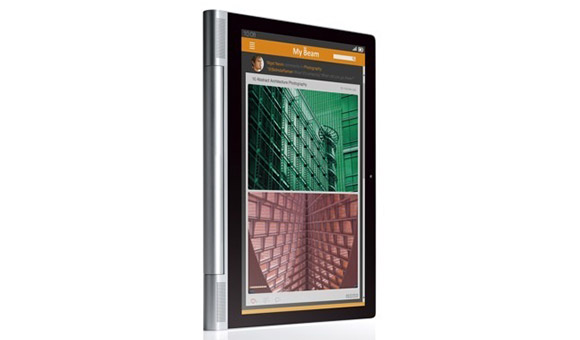 Check out a quick promo video of the tablet below.

Lenovo Yoga Tablet 2 Pro will be available from the end of October with the non-LTE model costing $499.

Where can i avail this lenovo yoga model? Im from QC Phl. Gracias!