Lenovo B - user opinions and reviews 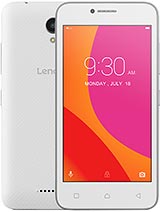 I am using this phone since august 2017, I bought the phone for 85$ in my (Georgia) country, phone is pretty good for its price, the battery is 2000mah and it was not bad for its price when I bought the phone. battery usage is pretty good too. my average screen on time is 7 or 6 hours when I use stock rom, but I have tried to use the phone without google serviced (I removed them with root permission) then I got average 7 or 9 hours screen on time. It does not support otg and charging time is too long (3.40 hours) with original charger. It impressed me with its gpu performance. I played without any problem Asphalt 8, Gangstar Vegas Modern Combat 5, Real racing 3, Pubg mobile lite, Mortal Kombat X, Hitman Sniper, Modern Combat 3 and 4, Brothers: A Tale Of Two Sons, Oddmar, Shadow fight 2 and 3, Vector 1 and 2, Manuganu 1 and 2, N.O.V.A 3, LIMBO, Monument Valley, DATA and some other strong games. there were just one problem with stock rom, it was ram management, I was not able to open even 3 tabs on chrome or brave prowser. I switched to Android 7.1.2 crDroid custom rom. now ram management is better. I can open even more than 5 tabs. You can use SD card as a internal storage with formatting it. now my battery drops when it is 15% which it is normal for older than 2 years battery.

Hi,i've been using and actually many times i really worked out this Lenovo Vibe B since over 2 years ago (when i got it in my hand) and i ran several factory reset after i ruin the OS with malwares and viruses,works great after each ressurect it,well,hat off for this little Hulk ! Some minor problems,when you format the SD card to work as an extenstion for the internal storage,it kind'a starts to ruin itself and apps starts to malfunctions or even handset crashes...but all is because of that particular thing...yet works FINE after many brutal softwares,it's simply came back to life when i perform factory reset (sure it needs 3rd party apps to backup SMS-es and phonebook contacts and all your important stuff inside the memory,it's like a sledgehammer for his level,it's a warrior phone,each time when fall to the ground (i mean the software aspects) it's just revive within less than 20 minutes of work on it to perform factory reset after backup,re-login the google account (to access the Google Drive where i uploaded the backup files before factory reset action),restore,let updates to install after connect to Google Play and you can pick up your apps stored in Library right there where i was before performing each factory reset...so,this little thing is a BEAST

I've used this handset for some months now. And I can say that it is adequate.

Performance of fairly solid for an entry level phone, let alone has a helluva kick for a low-end budget phone. I mean, what more would you expect from a 1Hz 64bit processor?

I'm not that much of a pic freak, so the poor camera isn't an issue for me.

The user interface is effortless, solid and fluid.

Battery life is somehow, but is enough to grind through the day before recharging.
I've played a variety of lightweight games and continuous streaming with extensive web use and still had enough battery power to sneak a movie in before the battery finally called it quits.

Screen display has left much to be imagined, but why complain if you've saved a fortune? I mean, we aren't comparing it to any flagship.

My verdict; Lenovo proved that entry level phones can pack a punch if the focus is in consideration with the users

This phone is utterly waste. I am unable to see any missed call pop-ups.

This phone is horrible. The camera is extremely low quality, to the point it's hard to scan QR codes and the like, the front camera might as well not have been built, because it's even worse. The phone can only handle lightweight apps and it still hangs sometimes. The touchscreen is absolutely horrible, sometimes typing one key will hit the one right next to it. After a year my phone started to randomly lose internet connection and when I tried restarting it it just wouldn't turn back on, I had to take the battery off then put it back again, then it would turn on. If this occurs at night, for some reason the alarm doesn't ring the next day either. Moreover you cannot put a custom ROM on it since there is no support for this obscure, cheap, low tier Lenovo Model. Do not buy this phone, the price is low but it WILL cause you pain.

super great... even when i use iphone 10 besides my lenovo vibe b
people who disclaims thiis cell phone just don´t know what the hell is all about.
im c++ programmer, and electronics engineer, thats why i really recommend this lenovo vibe b

I think this phone have or not video call

There is! in the down left corner is the "phone" sign, if you miss a call, there will be a red round dot marking it, no setting needed - works ok on mine, greets Levi

Anonymous, 24 Aug 2017Can anyone tell me how to answer this phone when the screen is locked and there is an incoming... moreI have the same problem. When the phone rings the screen shows the icon of the caller with two telephone symbols, one to the right and the other to the left of the caller icon. I tried to press the icon but got cut off or am asked to leave a message. If I press either of the telephone symbols I get cut off. I also tried pressing the caller icon and sliding it to the right (green phone symbol) or up or down but still keep getting cut off. Very frustrating. Any straightforward solution? I note that the previous similar message has still not got any answer. Surely there must be someone who has got it right? Or Someone in the Lenovo organisation who occasionally checks comments on different websites....if such there is, please offer advice.

Here's my review on this phone after now a few months using it:

Android OS:
I was use to the Andriod 4 Jelly bean, as it was less complex to use. Android OS 6 is installed on the Lenovo Vibe B. Its abit complicated to add contacts and edit them.
Plus side is the merging of contacts is way better and easier.
With your cache, its easier to clean up than with previous Android versions. So thats another plus.

Camera:
Very disappointing. However, you can make the most of it by lowering your ISO settings.
The lower is for extremely bright places, the higher is for extremely low lit places.
Also, instead of using the full 5mp, rather set the camera to Fullscreen instead of Standard 4:3, this will change your camera to 4MP but will reduce the noise in the picture.

Games:
I've played Star Wars Force Arena, Star Wars Galaxy of Hero's with no issues. Having LTE really helps as these games require you to be constantly connected to the internet.
Also played Tomb Raider II, no issues and no lag. I'll download the NFS series and test these out.

Microphone:
Good quality, can pick up voices about 5 meters away.

So far this phone has really been a good purchase. The Android OS makes the phone stand out more, and the 4G LTE really makes internet a breeze.

Anonymous, 24 Aug 2017Can anyone tell me how to answer this phone when the screen is locked and there is an incoming... moreEasy, When you see the three symbols, drag the middle symbol and slide it to the far left or far right.

Can anyone tell me how to answer this phone when the screen is locked and there is an incoming call??
There are 3 symbols displayed on the screen when the phone is ringing, but none of themm
answer the call.

kunal, 05 May 2017Is usb otg supported in lenovo BNo usb devices can't connect with this phone.Why..?Can Anyone tell the reason.

How much is the memory free?

Total of 53 user reviews and opinions for Lenovo B.