The K900 phablet might be hogging the spotlight, but Lenovo has four more Android handsets to show at CES. Details are a bit scarce, but they are all dual-SIM devices and range from an entry-level Gingerbread droid to a 5" Jelly Bean upper mid-ranger. 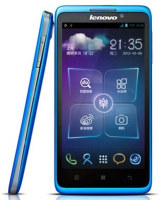 The IdeaPhone A690 sticks to Android 2.3 Gingerbread and a single-core 1GHz processor. Its screen is a 4" WVGA unit. 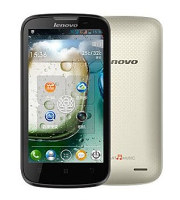 The five Lenovo IdeaPhone handsets are launching this month in China and will be expanding to other regions soon. Lenovo is mum on when that will be and there's no pricing info yet.

Stupid King Will be king father of Smartphone " APPLE " Don't ever think Samsung will able to run faster in race . !

Lenovo are slowly making a goodlooking phones now, hope they keep that up. Specs and looks go hand and hand as well as phones stability. We will see. FYI: Samsung need a good competition and Lenovo are gearing up to set a race. This is good for con...

Samsung is still the king.