We already knew Lenovo had an IFA event planned for Sept. 4, but the event invite is rather interesting on its own.

The invite shows in a straightforward way that the Lenovo Vibe X2 will be the centerpiece of the event. The lolipop is also a certain clue that the new device will be running Android L.

The last tiny piece of interest on Lenovo's invite is a friendly jab to Apple for their recent invite, which claimed the company wished it could say more about their event, which will surely be all about the iPhone 6. 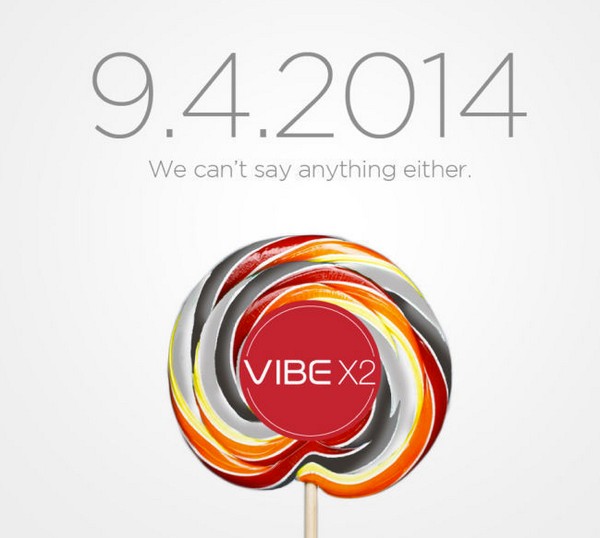 The Lenovo Vibe X2 has not made the headlines that often as the likes of the Note 4 or the iPhone in question, but a recent leak surely suggests it's a proper flagship-grade device. It will have a 2.2 GHz octa-core CPU, a 5-inch 1080p touchscreen, 2GB of RAM, 32GB of built-in storage, a 13 MP rear camera with LED flash, and a 5 MP front snapper for selfies.

Anyway, the IFA 2014 starts next week, and we're sure to be hit by a torrent of new devices. Stay tuned, we'll be on the ground in Berlin, covering it all live as it unfolds.

this question is to DaXiong - I just wanted to ask that how many updates did u get after updating your lenovo s920 to kitkat and is it stable? coz i just received a 700 mb update(india) and futher for 2 months i didnt receive any and i face alot ...

I have a Vibe Z, it works great and is updated. My Lenovo S920 which is 1.5 years old works fine, is also updated to Kitkat and is still receiving updates. The phones have no issues with reception (it's excellent and clearly better than for example ...

Well, excuse us, whiners. Because we spent $600 on a phone which never worked right, was buggy and was never updated. And it's barely a year old. I gave my K900 away after three months, because it was so unreliable for making calls. I ...