Cheap Lenovo Golden Warrior A8 unveiled in China with 4G

The first Golden Warrior handset from Lenovo, the S8, has only been out for a few weeks or so. That, however, hasn't stopped the Chinese smartphone maker from already unveiling its successor - the Golden Warrior A8.

Like the S8, the A8 is dirt cheap and comes with some pretty nice specs. The main thing to note here, aside from the slightly different design (that even uses a Samsung-like faux leather back cover), is the added support for 4G LTE connectivity. The lack of that was apparently the main gripe people had with the S8. 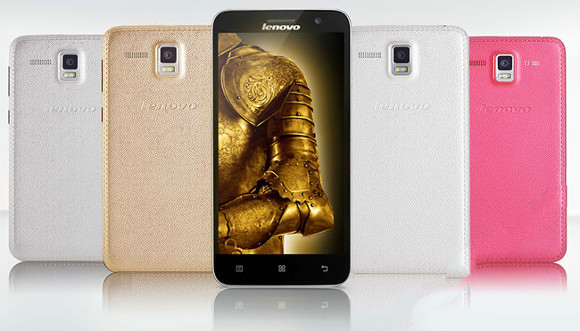 The Lenovo Golden Warrior A8 has a 5-inch 720p HD touchscreen, a 13 MP rear camera with dual-LED flash, and a 5 MP front camera for selfies.

The handset is powered by a MediaTek MT6592 chipset with an octa-core CPU. The MediaTek MT6290 LTE modem can handle download speeds of up to 150Mbps.

As you can see, the new Golden Warrior will be available in white, gold, pink, or black. There will be a version for China Mobile which will retail for CNY 798 (approximately $128 or 94). Another model will be tailor-made for China Unicom, and this one will be a bit more expensive at CNY 898 ($144 or 105).

It's unclear exactly when the Lenovo Golden Warrior A8 will be up for grabs. As for official availability outside of China - you probably shouldn't hold your breath.

does this have google play

when it can be available in Pakistan