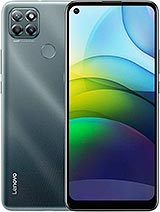 Mouli Don, 18 Dec 2020Dear Lenovo Instead of these mobiles you should Continue updates for old mobiles Android manufacturers, especially for their budget segment, have very small margins, they need to sell millions to make profit, that's why they prefer to put out a new product than update the old phone. Its really a wasted effort and tons of e-waste.

actually in exploring this device...both are the same phone...it's called lenovo k12 pro overseas & motorola moto g9 in the us...or in the phones settings it's shown as motorola moto g9 power...

AnoM, 29 Jan 2021Xiaomi and Realme is not the same. Xiaomi group has Xiaomi/Redmi/Poco/Mix brand. Realme is t... moreThanks for your suggestion so I can buy the Motorola G9 Power since I can't find the Lenovo K12 Pro.

AnoM, 02 Feb 2021Currently this smartphone is sold at very close price to Poco M3 and Redmi 9T for 128GB versio... moreThe Lenovo K12 Pro (or Motorola G9 Power) has a 6000mAh battery.
I used a Lenovo P2 with Android 6 until two months ago and I never had any security (a part the scam Indian call centers) issue so I believe that this update frenzy that many people talk about is just nothing.
Regarding the trash Poco M3, I just bought it and now I need to buy another phone.
My global (EU) phone has problems displaying notifications on the locked screen, it's a well know issue about Xiaomi & Poco phones.
This trash phone also doesn't receive MMS messages while I never had this problem before with other phones.
It's a well known issue for customers of Optus in Australia.
The Poco M3 also has heating and weak wi-fi issues.
I tried several ways to contact both Xiaomi and Poco but they never replayed to my complaints.
Stay away from these two scam companies!

AnoM, 04 Feb 2021Yes, but contrary to Motorola, Lenovo is one of the company that doesn't update and optim... moreLenovo is Motorola. It's Motorola by Lenovo

AnoM, 04 Feb 2021Yes, but contrary to Motorola, Lenovo is one of the company that doesn't update and optim... moreI agree with you

Fakir, 02 Feb 2021GoodYes, but contrary to Motorola, Lenovo is one of the company that doesn't update and optimize their global version of smartphone which also sold in China.
So, this is the main concern on OS update rather than just picking based on hardware specs.
Xiaomi's Redmi on the other hand, has actively update their entry level smartphone OS, despite there is bugs on updates, but it still get updated from time to time, far longer maintained than Lenovo smartphone.

technobuddy, 26 Dec 2020its the same phone from motorola. Moto G9 power. same specs same design just different brand n... moreXiaomi and Realme is not the same.
Xiaomi group has Xiaomi/Redmi/Poco/Mix brand.
Realme is tied to BBK group, which has OPPO/Vivo/Oneplus/Realme.
Yes, in between Xiaomi, Redmi and Poco, also in between OPPO, Vivo, Oneplus and Realme, some model is just a rebrand of certain model, but not always. Some are slightly modified model, by changing number of ROM and RAM, using different type of screen, or adding headphone jack, Micro SD slot.
But this Lenovo K12 Pro is the exact same model as Motorola G9 Power.

but this boy its so tall & heavy

Anonymous, 19 Dec 2020We know it. It just like Xiaomi n Poco :vExactly, it's also similar to what BBK does with OPPO/vivo/OnePlus/realme/iQOO

goozoo, 10 Dec 2020it's well priced and has a big battery it's supports MSD CART it's has the ... moreFHD 120 Hz? So the price will be very2 expensive LOL. U r not the target of this phone market

this is moto G9 power with a different name