How times have changed - it was not that long ago that you could hardly get a feature phone for $150, and these days this amount gets you a ridiculously good smartphone like the Lenovo K3 Note. It's an affordable large-screen phablet with little compromise on the important stuff.

Starting with the 5.5-inch FullHD display, the K3 Note doesn't sacrifice resolution for display diagonal. It's the diagonal that makes the buzz, but you're staring at those pixels all day, so there better be enough of them, that you can't see individual ones. 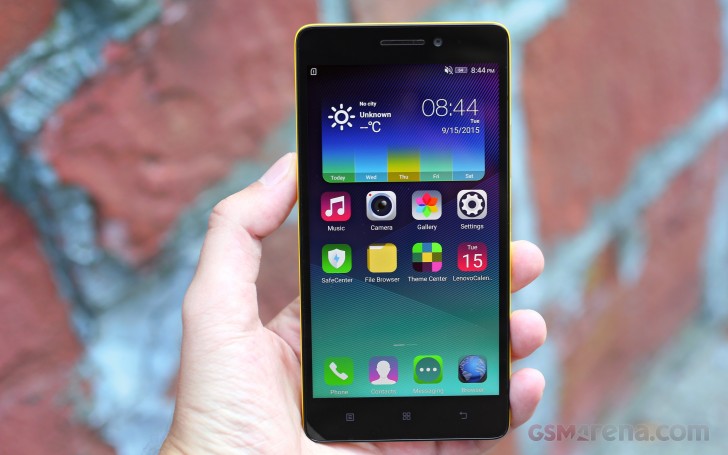 A Mediatek chipset in the Snapdragon 615 class, 2GB of RAM, and Lollipop have you well-covered and future-proofed for a while. Add to that a 13MP primary camera with a dual LED flash and a 5MP front snapper, and there's nothing to leave you wanting.

Build isn't top-shelf grade, but the plastics used are soft and pleasant to touch, and the Laser Yellow color scheme is as fresh as they come. The best part is that the battery is removable, a feature we're still trying to advocate, though manufacturers see things differently.

It's a very competitive segment the Lenovo K3 Note is forced to fight in. The large-screen device on a budget has turned into a lucrative niche for many manufacturers and solid offerings with increasingly better hardware have been put out by big-name Chinese manufacturers, not to mention the countless other makers most of us haven't heard of.

The Xiaomi Redmi Note was among the pioneers in the category and was recently inherited by the Redmi Note 2 with even more powerful innards. Meanwhile, the m2 note is Meizu's second iteration on the subject of the affordable phablet and it too poses philosophical questions as to what is the point of owning a flagship smartphone costing hundreds of dollars.

Those two are the K3 Note's main rivals, though admittedly it does have a head start on them by a couple of months. The established players outside of China are hard pressed to offer true competitors at this price point and are forced to sacrifice a thing or two (or several), be it display resolution, processing power, camera, or build.

But let's not get ahead of ourselves and leave comparisons for when we've acquainted ourselves better with the Lenovo K3 Note. Join us on the next page for the unboxing and hardware overview.

This model is totally failure ,No clear voice during calling .Not getting proper range .if somebody calling getting no range or busy reply. I sent to company maintenance,still not solved the issue.

How much cost to buy LCD touch screen Lenovok50-t3s