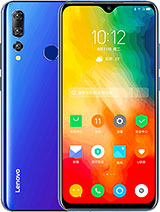 CptPower, 12 Apr 2019Well you will see. I understand people dislike Lenovo for many reasons but i am just satisfie... moreI had a J1 Ace(J110F) and a J3(J320F/G) from 2015 and 2016 respectively and they were practically perfect for me. Used them for just about everything from gaming, music, web, Youtube and such. Never slowed down or heated up too much to me. I'd still be using them if it weren't for my marauding family. So I really don't see how they'd be a disaster at all. If I remember correctly, my parents got them for free on a data contract, so the pricing's not bad if you know how to buy them

I also had a Lenovo Vibe X2 even longer ago which was also pretty solid. Now using an A6600 Plus - also solid considering my mom got it for ~59 EUR in MYR. The only issues with these was some heating because Mediatek. In my opinion, both Lenovo and Samsung did a good job back then in their budget ranges

Walter C. Dornez, 14 Apr 2019Okay. You've used Lenovo and can vouch for their phones. But here's the thing, I just don't un... moreReason why is very simple.
For example M20 in india cost about 126 euros same phone in europe cost 220 bucks.
Manufacturing price of Samsung phones s low. Even S10+ cost around 320 euros.
But selling price is 4-5 times higher thats why i hae them.
Pocophone selling price is 300 bucks if we use same metter it woild mean manufacturing price of pocophone would be 60-70 euros. Because 4-5 times increase from 60-70 euros would be 300 bucks.
Maybe the Samsung is top selling brand at the moment but this dont give them rights to sells 4-5 times more than the phone really costs.
And 3-6 months after the same device will cost 30-50% less. Were xiaomi device will cost 10-20% less because of a much less initial price.

I understand they have more expenses than xiaomi but they also earn a lot more.
If they can make profit by selling 50% cheaper just half year after the first flash sales why is neccesarry to sell 4-5 times higher than the phone really costs.

CptPower, 12 Apr 2019Well you will see. I understand people dislike Lenovo for many reasons but i am just satisfie... moreOkay. You've used Lenovo and can vouch for their phones. But here's the thing, I just don't understand why you still have to hate Samsung. I understand if you dislike them, hell I dislike Lenovo, but at the very least, I give them credit where credit is due. You however just seem to hold a grudge without really giving a major reason why

Walter C. Dornez, 12 Apr 2019That's great to hear. I honestly hope mine can last long enough for meaningful improvements in... moreWell you will see.
I understand people dislike Lenovo for many reasons but i am just satisfied because their midrangers priced 300 and above works very well.
But many of my customers cannot say same about Lenovo phones with pricetag of 150 or less.
But to be honest even Samsung J series line was dissaster and i can say a much worse than lenovo brand.

CptPower, 12 Apr 2019I still have it. Bought a first day i was able at 15.10.2017 still have it and works fine as... moreThat's great to hear. I honestly hope mine can last long enough for meaningful improvements in the future

Walter C. Dornez, 12 Apr 2019Haven't you had your Moto for like 3 years though?I still have it.
Bought a first day i was able at 15.10.2017 still have it and works fine as a brand new phone.
And i plan to keep it as long as it will works very well or at least as long as phone operators such as O2 will start having Nokia 9 pureview for sale.
But maybe i just keep it and make happy someone else maybe my mom or girlfriend with new phone.
My mom still have apple 6s i bought her when she had 60ty birthday 4 years ago and my GF still have Lenovo X3 bought as brand new week before Xmas of 2015. Still working as a brand new device.

CptPower, 12 Apr 2019Well i agree with you but as long as you have your warranty it should be okay. By the way ma... moreHaven't you had your Moto for like 3 years though?

Walter C. Dornez, 10 Apr 2019Well, then those companies probably aren't worth it. I'd rather buy a Xiaomi or older phone fo... moreWell i agree with you but as long as you have your warranty it should be okay.
By the way many of us switch to a new cell phone every 2 years.

CptPower, 09 Apr 2019Well no. There is much over 1000 phone brands in world but GSM Arena site knows maybe 100 fr... moreWell, then those companies probably aren't worth it. I'd rather buy a Xiaomi or older phone for 100 as long as it's got a semblance of quality

Walter C. Dornez, 09 Apr 2019Seeing as how I haven't heard of them, I'm guessing quality really isn't their priority?Well no.
There is much over 1000 phone brands in world but GSM Arena site knows maybe 100 from which half is already dead.

Among the lowest of the low for example Cherrymobile is philipines brand you barelly find their devices outside of phillipines.
Same goes for Myphone which is the brand in central europe also very low quality but a very low price. 2GB ram 16GB memory device cost as low as 70 euros.

Doogee is a spanish brand and is very popular here in Slovakia in Spain and some other european ountries. You will be very lucky if your device will last as long as guarantee but for just 100 bucks you can have for example Doogee Y7 3/32 device with other nice specs. Even their 60 eur touch phone have dual back camera. And some of their phones are really remarkable for example doogee S60 simmilar to cat phones but a lot cheaper with much more battery and great specs, or S70 they said gaming phone but its the only i know in existence it have IP69k which is most water resistance a phone can get. This one is much more durable than Cat or Sonim and for 330 euros.

And list goes on and on. I found this for you but here isnt everything just many which GSM Arena doesnt have.
https://en.wikipedia.org/wiki/Category:Mobile_phone_manufacturers

Walter C. Dornez, 05 Apr 2019I suppose that's where most of the money went. Seems like only Xiaomi, Realme and Lenovo can m... moreWell yes.
Xiaomi, Lenovo, Meizu, Doogee, Oukitell, Realme and some other low end chinese companies which sells a cheaper than Xiaomi or any other of above said but the quality is also a lot worse.
One of said companies is known as blaupunkt, another is cirrus and one moore good example is Zopo or Zio or Myphone brand.

And the 128 gb version costs 210 euro.I would rather buy a Redmi note 7 pro.Costs the same but is far better than this Lenovo crap.

I do not think it will compete in the market. The configuration and price does not matches as per the current standard. There are better options available in the same price range. Best of luck Lenovo :)

CptPower, 04 Apr 2019This going to be first ever cell phone with 128GB disk space and price tag under 200. What a ... moreI suppose that's where most of the money went. Seems like only Xiaomi, Realme and Lenovo can make phones this solid this cheap.

This going to be first ever cell phone with 128GB disk space and price tag under 200.
What a sweet deal was made here.

I will not buy this because Hybrid Dual SIM. I like only dedicated memory card slot with dual sim slot.