This device has been leaked quite a few times already, and more than once even by the Chinese company itself (or its execs). We've seen it getting showcased at a mobile expo, and a couple of days ago Lenovo's Chief Marketing Officer made its specs official alongside a selfie showing the phone.

And now the Vibe Z2 Pro has been certified for sale in China by TENAA, the relevant authority for this process. As usual in these cases, a few pictures resulted, though as with all images originating at TENAA - they aren't high quality by any stretch of the imagination. 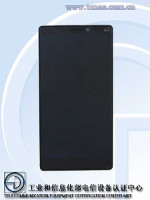 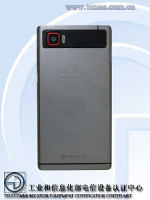 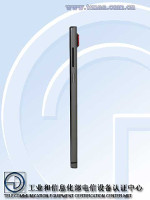 Still, they do manage to confirm the handset's design for the umpteenth time, so feast your eyes upon them if you're interested in that.

It will have a 16 MP rear camera with dual-LED flash and optical image stabilization, as well as a 5 MP front snapper. Dual-SIM support is in tow as is LTE, and the whole thing should be powered by a huge 4000 mAh battery. Running the show will be Android 4.4 KitKat with Lenovo's Vibe UI on top.

According to Chinese publications, the Vibe Z2 Pro will be sold in the country for CNY 2,500, which means around $403 or €300 - a pretty good price considering the specs here.

It's very difficult that it have not any external memory slot & must be wanted above 20 MP primary camera, also be wanted 2.7GHz processor. But the others conditions is good.