The Lenovo Vibe P1 Pro was part of an extensive leak of Lenovo smartphones, which appeared all the way back in February, and were tipped to be announced at MWC in March. However, only the Vibe Shot materialized in Barcelona, while the rest remained in obscurity until a few weeks ago, when the Vibe S1 passed TENAA certification, followed by the Vibe P1.

It was now the Vibe P1 Pro's turn to visit the Chinese telecom regulator, revealing plenty of details about its hardware in the process. You should keep in mind that we are relying on that initial February leak for the naming of the smartphone, while the TENAA entry lists the device with a P1c72 model number.

Either way, the device comes with a 5.5-inch 1080p display, 1.5GHz octa-core processor (could be inside a Mediatek MT6752 or Qualcomm Snapdragon 615 chipset, it's not stated), generous 3GB of RAM, and less exciting 16GB of built-in storage, expandable nonetheless. The primary camera is a 13MP unit, while on the front you get a 5MP selfie snapper. 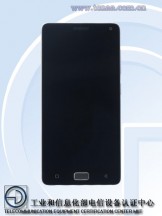 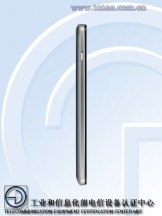 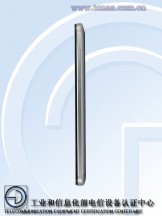 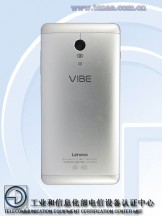 It starts getting more interesting from here on, as there's what appears to be a home button on the front - not something we're used to seeing on Lenovo smartphones. Whether it's an actual physical button, or just a dedicated fingerprint sensor like on the new OnePlus 2, we can't tell. What we know is there's little point in abandoning the company's established design with capacitive buttons only, if not for implementing fingerprint recognition.

However, the headline feature of the Lenovo Vibe P1 Pro has to be battery life. The smartphone comes with a 4,900mAh cell inside, which promises some serious endurance, though it may be a close call with the 4,000mAh regular Vibe P1 with its smaller screen and lesser hardware.

The Vibe P1 Pro measures 152.9 x 75.6 x 9.9 mm which is reasonably compact for the screen size, though the huge battery has had its say on the thickness. At 189g, it's not exactly light either, but there might be another culprit for that - the device appears to feature an all-metal unibody, though we could be extrapolating from the overall HTC One-inspired looks.

Hi, If you apply the requested upgrade this phone would not multi language anymore. And you will not be able to use play store or any none chinesse apps. Keep away from this phone.

There was already samsung buttons with that button while apple iphone wasn't exists. So who copied from who is very deep question, especially what apple borrowed from others that is the key point, from ios7 all of new functions just stolen from and...