renjith, 17 Aug 2012Can anyone using this phone please confirm if it has an FM transmitter like it says in gsmaren... morehi yes p700 got fm transmitter:)

can i make a video call on 3g network? or do i have to install some thing like skype?

what's the use 4gb rom? anyone pls answer this one. thanks!

how about this one can i watch youtube videos here and can i download the flash player app too?

renjith, 17 Aug 2012Can anyone using this phone please confirm if it has an FM transmitter like it says in gsmaren... moreI own P700 purchased in China. It has FM receiver, but not FM transmitter.

renjith, 17 Aug 2012Can anyone using this phone please confirm if it has an FM transmitter like it says in gsmaren... moreyes, it has an FM Transmitter and also have a GPU: PowerVR SGX531 Ultra which is not mentioned on the specs.

yes, it has an fm transmitter. and also has a GPU: PowerVR SGX531

renjith, 17 Aug 2012Can anyone using this phone please confirm if it has an FM transmitter like it says in gsmaren... moreYest there us a FM Radio receiver. Quite clear and reception is good.

Can anyone using this phone please confirm if it has an FM transmitter like it says in gsmarena specs? I have been searching google for other sites detail specs and reviews and have not seen any mention of the FM transmitter..

airsoft, 15 Aug 2012one thing i discover on this phone is the glass display is made of gorilla glass, i tried to s... moreseriously? it's not disclosed to the public that it's gorilla display.

about to discover the goodness of Lenovo.

The best dual sim phone in the market now. Been using it for a month, the performance is really good and hey its only Php 10,900!

A phenomenal phone here in the Philippines..
Got it for P10750 with a free 1000mAh Belkin portable backup battery station.

Battery life is awesome and it lasted 3days heavy usage without games, just used the phone for calling, texting, internet over wifi, and some music playback.

I have tried to set it to airplane mode, have it full charged and then copied some movies, 5 to be exact with around 2 hours per movie, to test its battery capacity. After watching all the 5 movies, battery left was around 21 percent!! What an amazing battery life for this kind of phone.

Also, installing MX Player could play a lot of 720p movies and vidoes, have not tried the HD ones coz I got nothing on my backup :D

airsoft, 15 Aug 2012this phone is great! thetering speed is so good can connect my 2 tablet and work properly.Have you tried connecting the laptop through the tethering of this phone? Is it fast too like usb broadband?

does anybody know the exact weight of this phone?hows the 1Ghz CPU does it perform well?

ive been using it for almost 3 weeks now...
internet browsing is fast.viewing angles great,and the stock ideadesktop performs well..lesser crashes after the updates...
so far so good.. two OTA updates already..lenovo is a rising smartphone in the phillippines....

Bought this a few weeks ago in Manila. Price and package was a total steal. No better deal on an ICS smartphone with 4" Gorilla Glass IPS screen. Loving everything about this phone. Battery life is insanely long. Using it for 3 days straight with texts, calls, gaming, and browsing and battery life isn't even halfway down. That's even with one 3G internet Sim card and the other for calls. This thing's a beast.

However, some minor downsides are its size (a tad bulkier than your typical svelte Samsungs). Another downside is some no-frills UI experiences. I still use a Samsung Wave as my secondary phone and no unique things like Swipe to call/text, skinned UI, etc. Very basic when it comes to commands and shortcuts, unless of course you install custom UI.

Total of 717 user reviews and opinions for Lenovo P700i.
ADVERTISEMENTS 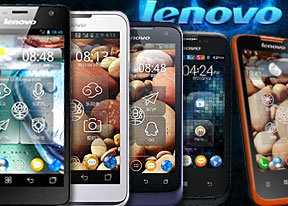