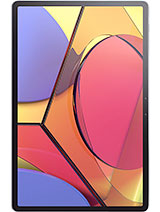 I'm in France.
Bought this tablet last week on the Lenovo website, 472€, received in 2 days.
Great tablet for the price, very good Oled screan with Dolby Vision on Netflix, great sound with Dolby Atmos.
Not the best processor but more than enough for my usage, watching vidéos and Internet.

T12, 11 Jan 2021Hang on... It doesn't exist yet. It is just announced.They've been selling this tablet in China since November.

Conglc7, 08 Jan 2021Last month,i bought p11pro Chinese version on taobao. Just 297€ ,include pen and keyboardcover... moreYou can upgrade your device software version by OTA if you can receive the latest software image. The latest software can use Google service

Hang on, I never know this tablet exist. SD 730G is a seriously compelling chipset.

Last month,i bought p11pro Chinese version on taobao. Just 297€ ,include pen and keyboardcover.
With 4 dolby speaker ,its good for watching neflix.
But i cant install google sevice for it.
So it not cheap tablet.

Nickname, 14 Dec 2020I bought it and it was so terrible! Don't buy this. Buy Samsung instead!!!Why?, What happened?

this is exactly why android tablet sales are so low no one wants to produce them anymore.

it's not because people don't need a decent tablet, it's because they either make tablets with outdated hardware, like sd 660 and eMMC storage with 3 gb RAM, as if anyone sane wants to spend their money on that shit however little they may charge, or they make something reasonable but put a crazy price tag on it.

with just 80 gbp extra you can buy ipad air 4 which will be like 2-3 times faster. in other words, an 16% price increment will give you +150% performance gain.

I bought it and it was so terrible!
Don't buy this.
Buy Samsung instead!!!

Have not had time to give it a long assesment but intial viewing looks good. Low on bloatware and seems a clean version of Android 10. Screen is bright and clear with a great viewing angle.

Most of these specs are inaccurate
Why?

Lenovo US shop shows these tablets as "Sold out" :)
https://www.lenovo.com/us/en/tablets/android-tablets/lenovo-tab-series/Lenovo-TB-J706/p/ZZITZTATB0J

Wanted to buy but , 11 Nov 2020Have Lenovo given up on this tablet? It was supposed to be released ages ago. Is there any new... moreSays coming soon

Have Lenovo given up on this tablet? It was supposed to be released ages ago. Is there any news on release date?