In what's now the norm for teasing a device, Lenovo has gone on Weibo and uploaded four promo posters for the upcoming Z5s smartphone. Lenovo teases that the Z5s will have more than 8GB of RAM - which would point to 10GB - that it will be a powerful gaming device and that it will have dual personal assistants. 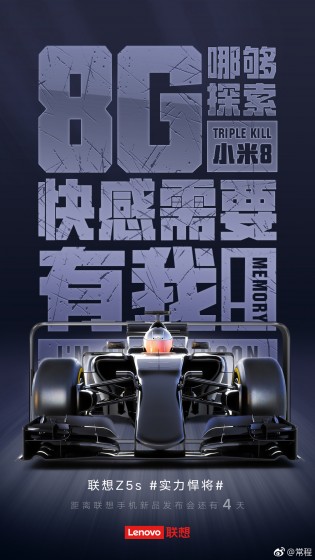 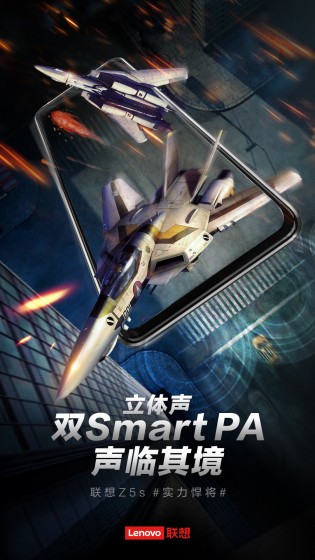 The Lenovo Z5s is scheduled to become official on December 18 and we know that it will offer three cameras on the rear.

We can also make an educated guess that the Z5s will be powered by a Snapdragon 678 (although a Snapdragon 710 is also a possible choice). 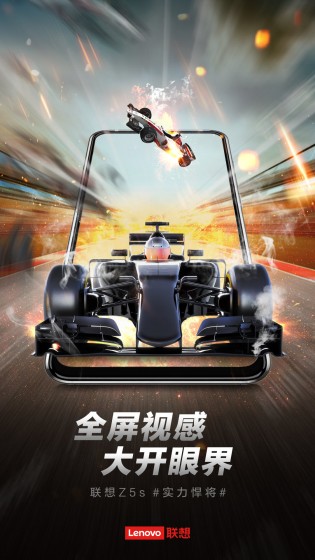 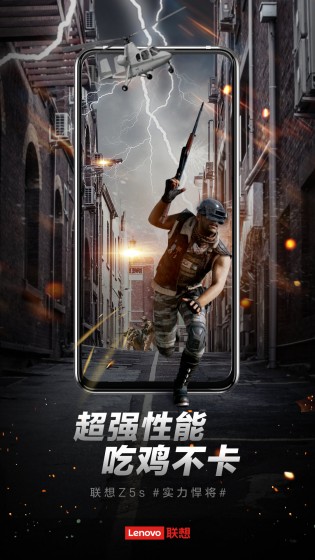 On the front the Z5s has a 6.3-inch screen (with some shape of notch that the teaser posters are hiding purposefully), on the inside a lowly 3,210mAh battery and on the rear a fingerprint scanner. The Z5s will be running Android 9 Pie out of the box.

meh, they can put dozens of ram but still cannot get rid from chin! oh come on!

ffs man it is a PHONE, what do you need so much to open a million apps?!and anyway 4gb works just well with a lot of apps stil opened, so....yeah,if you want to have all your apps opened at the same time,of courser you need 16gb of ram....

Thank god for no notch. Only thing they need to add is Windows DeX like feature to utilize all that DRAM.