Lenovo has officially outed the IdeaPad S2 slate, which is direct competitor to the Asus Transformer duo and the S2 smartphone - a midrange Android Gingerbread-running device.

What makes the IdeaTab S2 a Transformer rival is the optional keyboard dock, which has another battery built in. Thanks to that dock, the S2 can last for up to 20 hours on a single charge.

The S2 smartphone was announced for China last month. It runs Android Gingerbread on a single-core 1.4 GHz processor, has a 720p-capable 8 MP sharpshooter on the back and boasts Kernel-level security, meaning it will be harder for users to fall prey to phishing, data theft, SMS traffic and the likes.

The S2 smartphone and IdeaTab S2 tablet will be immediately available for the public in China, while global availability plans will be disclosed at a later date. 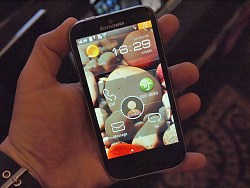 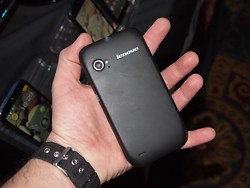 It will also have a customized Sandwich UI which we're yet to see in action. The K91 Smart TV will also be available in China right away but we'll have to wait for more information on global availability.

Wow huge bashing comment. All they said was be a little more original then directly ripping off a name. They didnt say the product was a copy or was bad...just said they should've used a more original name rather then something that is so blatently c...

Still they could've been a little more inconspicuous.

Actually, This Tablet uses Qualcomms latest SoC, codename Krait, using a whole new Core, which is on par, if not better than Cortex A-15. Theoretical power of that dual-core is similar to the quadcore of nVidia, but in actual usage, it will be so muc...