Yesterday we caught the upcoming Lenovo Vibe P2 in a benchmark database, which means the Chinese company's employees are already testing its performance. That leak revealed a few of the phone's most important specs, but there were no images of it to look at.

Well, now there are. What you see below is said to be the Vibe P2, proudly showcased by its maker at a trade show that took place in Guangzhou, China earlier this month. 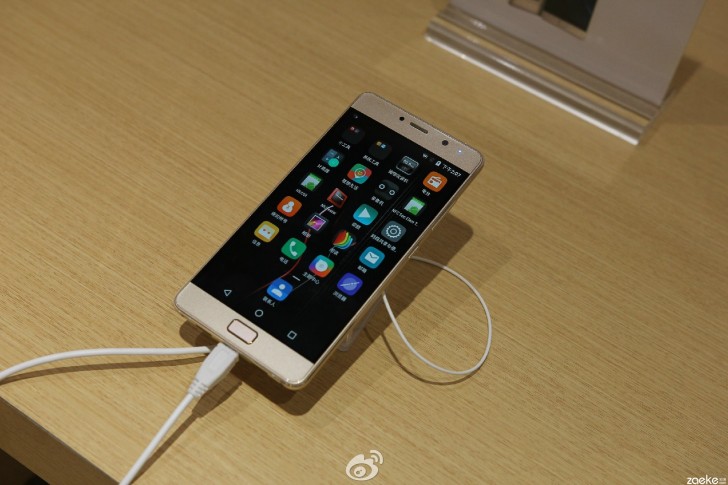 Along with the pictures we get another spec: the Lenovo Vibe P2 will have a 5.5-inch 1080p AMOLED touchscreen. The size and resolution are identical to those of its two predecessors, the Vibe P1 and Vibe P1 Turbo, but the screen tech used is different, as those devices both had LCD panels. Perhaps Lenovo is now also sourcing AMOLEDs from Chinese companies like Xiaomi. 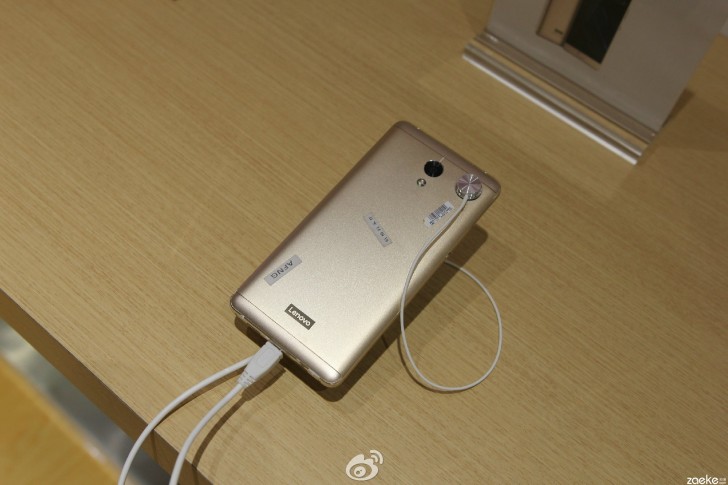 The Vibe P2 will be made out of metal, and its front will feature 2.5D curved glass on top of the display. It has a physical Home button (which could double as a fingerprint sensor) and a 5,000 mAh battery. Despite that, it's going to be 8.5 mm slim, 1.4 mm thinner than the P1 models - even if it has the same battery capacity as those.

As revealed yesterday, the phone will be powered by Qualcomm's Snapdragon 625 SoC (with a 2 GHz octa-core Cortex-A53 CPU), aided by 4GB of RAM. It will run Android 6.0.1 Marshmallow.

Thanks for the tip, @krispitech!

I am expecting this mobile. i ve seen features of specs. But i ve some doubt. 1. is this hybrid slot? 2. when will be this smartphone launching date in india? 3. what will be exact price to buy as per indian market stand-up?