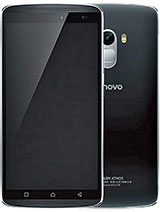 AnonD-537336, 14 May 2016I m using this fone since March...but i can see i dont found any problem related to phone like... moreIf it is an option, try to increase the Keyes sensitivity in keyboard settings

Yes, it has gyroscope. Compared to LG G4, the battery life is way better.

I m using this fone since March...but i can see i dont found any problem related to phone like heating hanging any thing i play games play song their is no problem seen at all...camera is superb gud feeling with camera n also sound quality is awesome but their is a problem in keyboard when i type fast it doesn't catch my typing and sone times it hangs....so lenovo team keep it up....but plss fux up the keyboard problem...thnks regards chandan

Does anyone know if this model have Gyro ?
I compare a lot this model and Vibe K4 Note, so far I have found only difference in ram memory 2G vs 3G but im not sure about gyro

When it going to be released worldwide? Hopefully between 400 usd

Does it have notification light..

battery is not removable

Force Majeure, 17 Dec 2015Mehran a few posts down says it has removable battery, he bought one a few days ago.Wow good info.

NONremovable, 08 Dec 2015NON REMOVALBLE battery is stated in the specsMehran a few posts down says it has removable battery, he bought one a few days ago.

Do anybody own it already ?

Mehran, 04 Dec 2015It does... I bought one just today, it has already been released here in China...Do the battery removeable ?

AnonD-165220, 05 Dec 2015if anybody bought this phone ,kindly reveal the price , availability and the battery is removable?NON REMOVALBLE battery is stated in the specs

is there hav Otg, Nfc & Fast battery charging Options On these device?