Lenovo's new flagship smartphone has been spotted in the wild. Going by Vibe Z2 Pro the phone sports a 6.0" display with a resolution of 2560 x 1440 pixels (490 ppi pixel density) as well as an aluminum unibody that's just 7.7mm thin. 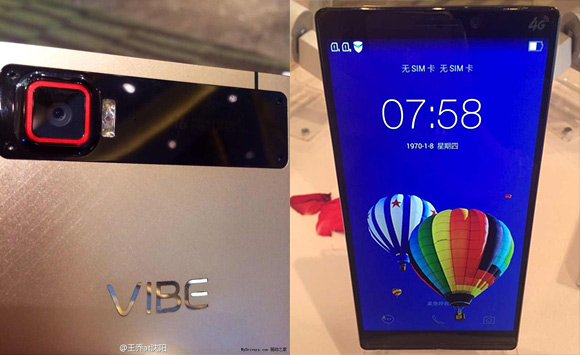 Inside the Lenovo Vibe Z2 Pro, there's a Snapdragon 801 chipset with a quad-core 2.5GHz Krait CPU and 2GB of RAM. It runs Android 4.4 KitKat and on the connectivity side, Lenovo touts the NFC capabilities of the Z2 Pro.

Under the hood, the Viber Z2 Pro features a massive 4,000mAh battery while at the back there's a 16MP camera with OIS and 16:9 aspect ratio sensor. It all sounds great on paper, but Lenovo has omitted disclosing the internal memory and if there's a microSD card slot.

As it is often the case with Lenovo handsets, there's no further information on when we could expect the phone to launch. Pricing isn't revealed either.

i cant wait so plz what is th price this phon

The lenovo k900 was not ment to be opened up you actually have to call Lenovo for assistance for that and when you buy the k900 brand new its usually supposed to be pre rooted and driver replaceable just like the lenovo thinkpad laptop series so you ...

im using lenovo p780. u can try that. surf for all day long