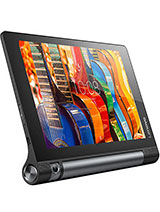 I have Yoga Tab 3 10.1,lollipop.Can i upgrade lollipop to official (marshmallow) android 6.

Dawar, 27 Jan 2017It is a good tab but why mu downloaded apps are going in internal memory i have 16 gb memory c... moreuse app manager 3, then you can transfer all the transferable apps from internal memory to external memory. cheers!!!

I have the 2 gig LTE version YT3 850M . I have upgraded to Android 6.0.1. II have owned a faster Phone (Samsung galaxy s4) but i have no complaints about the speed. I am using a SIM from Turkcell with no problem and a sim from Georgia's magti, 4g speed , no problem. My display is High Def, but not 4k. but I wasn't looking for 4k.
My only complaint, is that I am accustomed to having top drawer cameras. (Galaxy, Lumia) and this camera is mediocre at best . but the price $250 US. I have no complaints. I don't have a screen rotation problem. Some apps like Instagram, don't rotate. but is that the app or the OS? I cannot remember if Instagram rotated before I upgraded. I am pretty happy with my Yoga 3 8

ritesh , 21 Dec 2016even my tab is also not auto rotating sick of this. Can anybody able to fixs it ...Please reply It is a good tab but why mu downloaded apps are going in internal memory i have 16 gb memory card but still it is going in internal storage

ritesh , 21 Dec 2016even my tab is also not auto rotating sick of this. Can anybody able to fixs it ...Please reply It is a good tab but why mu downloaded apps are going in internal memory i have 16 gb memory card but still it is going in internal storage

Been using it for the last 6 months, the 10" version coupled with the 212 processor and 1GB RAM.

Well minor issues so far. Yes it has a sluggish processor and porr RAM back up to help it, so you might want to consider before which type of usage you want ot give. Fine if videos and mainstream multimedia, but insufficient for gaming and productivity.

I admit I was a little suprised after the MM update, but so far is running great.
A little tip to run it faster. Disable and uninstall every unnacessary app, best if you can get rid of all. BE sure you uninstall Chrome and Web app view.

Then get the programmer settting on and reduce the animations sclae to 0.5x.
It should improve the perfomance.

They are the most irresponsible information technologies company I have ever seen!!!
To begin with, it is even impossible to reach your customer support - that I have logged in your web site numerous times in the last half an hour, still I can execute no operations on your "connected" website, nothing but verifying my account again and again in vain!!!
And, how dare, how comes, your Yoga Tab III system upgrade, can prevent me from accessing my device unless I can verify my google account? Even phones have an emergency call option without sim card, let alone google account verification, then why I have to present an account to simply literally turn on the laptop???
What if I want to use another account? What if my account was stolen? What if I have no access to verification for a technical reason, as if it was the case for me? Then shall I throw my tablet to the recycle bin? Take it to service because it was "updated" and now does not let the owner get in???
How dare you can disable me turning on my laptop and accessing home screen while every piece of applications and personal information were already deleted, on which terms?????
It is my choice to decide whether I want to setup same google account after update, not yours, and again it is my choice to use the tablet with or without a google account let it be on limited terms, not yours!!!!
Then, at the end, it would be a relief if you had saved user data previously saved on my tablet since asking my google account verification so keenly... but nope.
You do fail, and I do believe it is a breach of law to interfere my account preferences on my tablet. I would sue you if I was not overseas for a while for business.

Got the tab(2gb version) before a week, it's simply awesome. And also Now I'm in safer side , by sticking with lollipop OS😝😝......

Deep, 19 Dec 2016Looks like i shouldn't have updated to version 6 ; i am stuck in landscape mode until an appli... moreeven my tab is also not auto rotating sick of this. Can anybody able to fixs it ...Please reply

Looks like i shouldn't have updated to version 6 ; i am stuck in landscape mode until an application changes it to portrait, in which case it stays portrait. also noticed that the stand function is also not working properly and when i open the lenovo app on main screen it shows the specs for the 10 inch tab , lenovo should really look into this.

Abhishek, 11 Dec 2016Screen not rotating after 6.0.1 update in 2gb versionI am too facing the same problem.......my screen is not auto rotating after when I updated my tab yoga tab 3 toandroid marshmallow

Screen not rotating after 6.0.1 update in 2gb version

Does it support 4G

Just got this but the specs is different. Snapdragon 212 and 2gb although the store I bought from was saying this has 1Gb. I checked the back of the box it also says 2gb Ram and i checked using Cpu-z and it says 2gb.

My Lenovo Yoga Tab 3 10inch is slow. Add to that, it keeps rebooting at short intervals. When I set a wallpaper, after about a minute, the screen goes off while I am using it and the device comes back on with the default screen saver in landscape mode only. And this repeats itself over and over again. Very frustrating. I have a video recording of this issue. I wonder where I can post it here.

Related devices
The devices our readers are most likely to research together with Lenovo Yoga Tab 3 8.0