LeTV's pre-CES press conference is scheduled to be held today in Las Vegas, and just ahead of it, the Chinese company has teased a smartphone that will be announced at the event. The teaser image was posted by the company's VP on Weibo (China's Twitter). 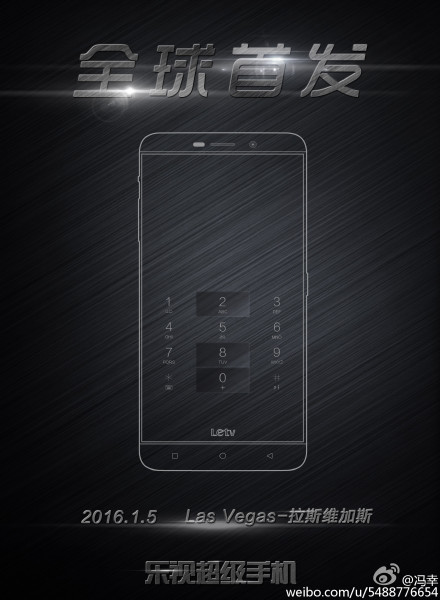 Besides revealing narrow bezels and off-screen capacitive buttons, the image in question also shows the phone's dialer app with keys 8, 2, and 0 highlighted, suggesting that the handset is powered by a Snapdragon 820 chipset.

Going by the rumors we've heard so far, the teased device should be the LeTV Le Max Pro. It is said to be SD820-powered and sport a 5.5-inch (2560x1440 pixel resolution) display. Other rumored specs include 4GB RAM and 64GB internal memory, 21MP/4MP camera combo, and Android 6.0 Marshmallow.

There have also been reports that the handset will feature an ultrasonic fingerprint sensor as well as iris recognition.

Because stock android is neutral and its the ultimate design?.. People bash other custom ROMs without ever trying them and just because there's no app drawer. Google is the ultimate software company and know one could ever improve something they made...

In first place please shoot yourself. His opinion makes sense. definitely OEM customizations affect android peformance. its definitely not as stable/smooth as pure android. they will inject lags ,bugs ,uglyness and even more bad things. Customiz...