Following the footsteps of the Optimus G quad-core powerhouse, LG announced yet another Android smartphone today. Dubbed Optimus L9, the handset will sit at the top of the popular L-Series of devices from the Korean manufacturer. 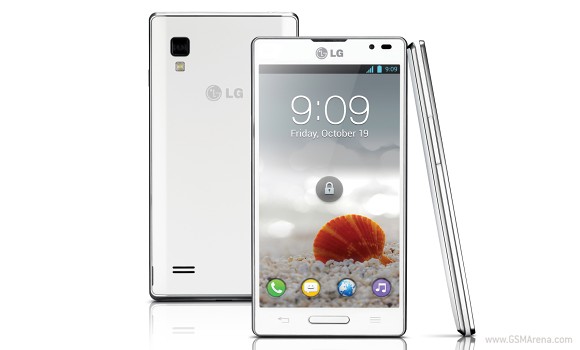 The LG Optimus L9 features a dual-core CPU, clocked at 1GHz and a gig of RAM. There's 4GB of built-in memory on board. We are yet to find out if it is expandable. The rest of the handset's specs include a 4.7" screen, 5MP camera with VGA front-facing companion, and a 2150mAh battery. The measures of the LG L9 are quite impressive. They are 131.9 x 68.2 x 9.1mm, while its weight tips the scale at 125g.

Pricing and availability of the LG Optimus L9 are yet to be known. We will update you as soon as we find out.

hai guys this was the best phone for the for using an user interference optimus lg has best phone.

Frnds, this is based on TI OMAP 4430 chipset which uses dual core 1 ghz cortex A-9 processor and Pover VR SGX 540 GPU. And screen is qhd 940*560 resolution IPS lcd display. This info may be useful for u. This is really a very nice phone if reas...