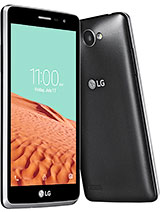 AnonD-198234, 22 Aug 2015lg is spoiling its name first it failed with g4 and now bringing too many models without any ... moreLG is the best brand for smartphones. The old L series are a low cost valuable phones and the LG Joy is for Kids. Other good models are the G4 with its beautiful and powerful design and the GFlex2 with its curved Display and Self Healing Back. The V10 with its lux and sound performance is the best phone ever. So LG are the one of the best: second-HTC

Worst smartphone I ever used! Pictures quality (front and back camera) is terrible... Don't buy!¡!!

SD card transfer, 16 Dec 2015There is no option to transfer applications to my SD card. Any ideas? ._.you have to install MTP drivers in your PC. And connect the phone as Media Device

There is no option to transfer applications to my SD card. Any ideas? ._.

Just 4GB of free memory and no posibility to move anything to the Micro SD? Why to create such thing?

LG: Lets make a phone with 8GB of internal storage.

User: Great now I can install a lot of apps.

LG: Sorry you're going to have only 4GB available.

User: Well at least I have a Micro SD slot so I can move apps to my external memory.

LG: Yeah... Not really. I'm going to lock the option to move apps to the SD.

LG: Sounds right to me.

It runs stock android, but the boot animation will be LG, and the lock screen is almost like LG UX.

lg is spoiling its name first it failed with g4 and now bringing too many models without any improvements itself shows that they are not committed to give quality phones to hell with you lg and good bye atleast learn from apple,and op2 and make money while keeping the quality or just getlost next year you may show a lot of loss.good bye lg.it will not be lifes good but looser guys

please anyone tell me does it have stock android os or lg ux 4.0

This model isn't same as Bello mk1. It has got better front camera (5mpx), it is thinner, heavier, different design , new OS, and yes it is completely unnecessary. Hardware is same, battery is same, screen is same an it is completely waste of resources. Why LG? You are going down with this sort of thinking. You have tons of cell phones that are almost same, milion of models with that processor, RAM, screen...

I don't see any difference from the original LG L Bello (except there are no backside buttons), so what's the point? The original is better than this.

Dearest friends.Very sorry for LG!!!?With high end smartphones like LG V3, curve 2 and p880,this lowest end phone with the lowest devices being used is downfall and downgrade of LG in makingBello 2 !!!There is nothing to talk about it at all!?Just Logically and psychologically considering people unaware and ignorant!!Why Korean,s used to be among the best makers,LG'!!!?

How can LG still make phones wid these specs?