LG developing a high-end chipset, production to start later in 2015

LG is working on a new in-house flagship-grade chipset, reports in Korean media claim. Arch-rival Samsung has been doing good on that front for some time, utilizing its own silicon in a number of devices. Snapdragon 810 issues, however, have been the catalyst that will aid in putting the Exynos 7420 in Samsung's next-gen flagship Galaxy S6.

Apparently, LG has quickly followed suit and now we find out that the company already has a high-end offering in development and expects to start mass production later this year. Naturally, the new chipset is unlikely to be seen in a working device before 2016, presumably the G5. 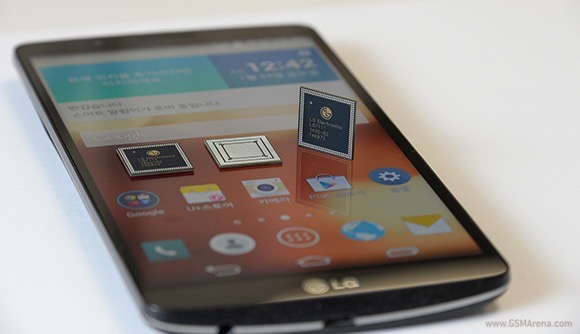 The SoC will employ the recently unveiled powerful Cortex-A72 cores alongside the more energy-efficient Cortex-A53 cores in an octa-core big.LITTLE configuration. ARM announced a new Mali-T880 GPU together with the Cortex-A72 and it would be logical to see that one in the LG chipset.

This is not the company's first attempt at producing its own chipsets, though. The G3 Screen, released in October last year, featured the home-brewed Nuclun SoC. It was an underwhelming performer, but the company had to start somewhere, and lessons have likely been learned.

FYI! Qualcomm chipsets are just an overpriced trash chipset. Qualcomm have a case in govt of china to have an antitrust fine 1 billion usd for pricing its products 30x to have large income in china,korea, japan etc. And those companies who ...

Lg. Apple. Nvidia. Qualxomm don't make the.chips. its Samsung and tam that does. They at most make.modifications to the.chips but they don't have a plants to make the chips therefore they can't possibly make or.design a chip

What ever happened to lg custom Odin cpu they talked about a few years ago? They had planned for a December 2013 release.