LG G2 gets benchmarked with Android 6.0 Marshmallow on board

Just a few days ago LG led us to believe that the G3 and G4 would be getting updates to Android 6.0 Marshmallow pretty soon, since the Korean company has already referenced them in its support documents for the devices.

And now, in a surprising development, it looks like the older G2 could be receiving the latest version of Android as an update at some point in the future. The G2 is already two years old so this would be unexpected for its owners. 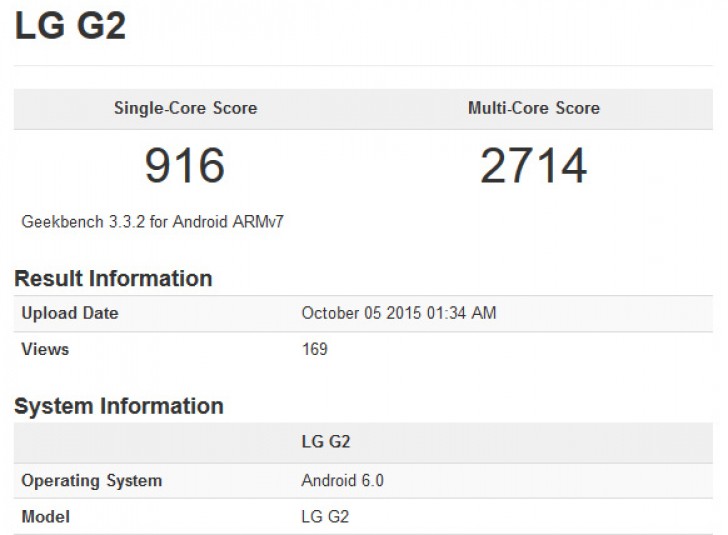 An LG G2 running Android 6.0 has been seen in the database of Geekbench, one of the most well-known benchmarks for Google's mobile OS. So someone is clearly testing such an update. Of course, even if this is real (such benchmark runs aren't impossible to fake), LG could simply give up on the thought of bringing Marshmallow to the G2 in the future. So don't get your hopes up just yet.

LG hasn't been a fan of Android 5.1, as it hasn't updated either the G3 or the G2 to this release, so perhaps the company wants to skip that iteration of the OS and jump straight to 6.0.

Can u give the link where from u installed 7.0 android can u tell me what are the procedure

I am used lg g2 ls980 and installed Android 7.1 performs is good battery work good but google play store is not work