The LG G2 mini is lucky to share lots of DNA with a great smartphone - and we cannot blame LG for focusing on the outside, and going for budget-grade internals. After all, a super mini along the lines of the Xperia Z1 Compact would've been pointless mere months ahead of launching the company's next flagship.

The result is a reasonably compact phone with the largest display in the segment - with mostly midrange specs but not without some features shared with the premium phones in the LG portfolio.

The quad-core Snapdragon 400 does a fine job on 1GB of RAM. That said, any more screen resolution would've put too much strain on it, so qHD looks like the right compromise. Anyway, the interface seems to respond without thinking twice most of the time. And, to be honest, there's a lot going on in the G2 mini's custom-made Optimus UI that sits on top of Android 4.4.2 KitKat.

The G2 mini has inherited many software features from the LG G2. There's the cool Knock Code, double-tap-to-wake gesture, QSlide apps, QRemote, a single-handed keyboard and other user interface customizations. 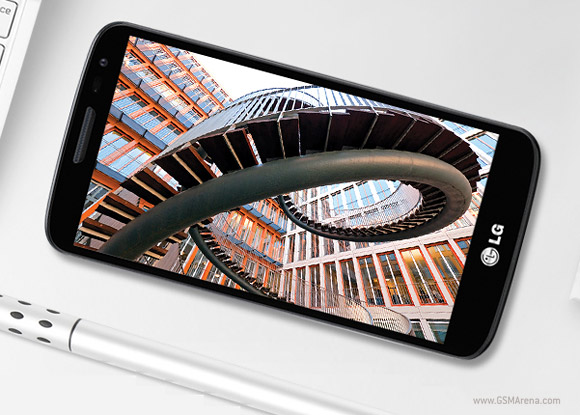 Software features aside, the G2 mini is treated to the same rear setup of controls. We'll say it again - once you get used to it, and it takes just a day or two, you really can't go back. The build is praiseworthy, be it just good old plastic. The handset doesn't feel flimsy, everything fits together well and the mini is rather good looking. It only weighs 121 grams, which is a big plus in our book.

The 8MP camera will more than do. Great shot-to-shot time and good quality of the photos make it perfect for the casual photographer, who would never miss an opportunity to snap and share without getting all too geeky about it.

LG has a track record of optimizing their latest smartphones for great battery performance. The G2 ranks among the top flagship smartphones, and the G2 mini isn't far behind. With an overall rating of 76 hours, it's up there with the big dogs and that's a rare thing to witness these days.

Like we said, the screen is the biggest question mark. It's arguable whether the qHD resolution was the only feasible choice, considering both the Moto G and the HTC One mini have Snapdragon 400 powering a 720p screen. The Moto G even has the same quad-core CPUs like the G2 mini. It's like LG decided to match the Galaxy S4 mini specs than anything else.

The Gorilla Glass 2-protected IPS LCD display is alright, colors and contrast is good, but the resolution does stretch thin on the 4.7' diagonal. To make matters worse, the display gets really reflective at even a slight tilt.

To be honest, even If LG were to put a 720p resolution screen on the G2 mini, that wouldn't have made it a threat for the Z1 Compact. But again, LG was clearly aiming a little lower, a prominent spot in the midrange - a great place for every phone maker to tap into.

It makes perfect sense then, that this space is so crowded. Competition is always a good thing and thankfully, if you're on the market for a capable but compact smartphone, there are enough G2 mini alternatives for you. Even LG itself has three different G2 mini configurations: the one we've reviewed with the Snapdragon 400 packs LTE and NFC, but only an 8MP snapper, another one that's 3G-only with an 8MP camera and the third one packs the Nvidia Tegra 4i chipset with LTE and a 13MP camera.

Our first stop is the Motorola line-up, where the Moto G is one of our favorite midrange picks with an epic bang-for-the-buck (200 euro for the 16GB version). It features the same quad-core CPU of the G2 mini and an equally solid build quality. Its body measures almost the same as the G2 mini, albeit a bit thicker, but houses a slightly smaller 4.5" display of 720p resolution. It's cheaper, too, but the non-expandable storage might be a deal breaker for many.

If you're willing to spend a little extra, the premium Moto X (which costs about the same as the G2 mini!), packs a 4.7" 720p Super AMOLED display in similarly sized body. Where it falls short is the dated 1.7GHz dual-core Krait CPU and the uninspiring 10MP camera. The little features Motorola has sprinkled in the stock Android 4.4 KitKat user interface may be interesting, but are no match for what LG has done in its Optimus UI.

The Oppo R1 819 is another interesting option. It's thinner and lighter, but a bit taller and wider than the G2 mini. You could get over it considering its 4.7" display packs 720p resolution. Sadly, it's not as readily available.

HTC has the One mini of course, another of last season's superminis with a 720p screen, front-facing BoomSound speakers and HTC Zoe. The questionable camera 4MP UltraPixel camera and the non-expandable memory are on the list of cons. Not to mention, its screen diagonal is merely 4.3 inches.

Over at the Windows Phone camp, the stylish Lumia 925 features a really premium build, as well as a capable 8MP camera with OIS. Frankly, it's not as compact as the G2 mini, but Windows Phone just got a welcome boost with WP 8.1.

Interestingly, LG released a similar "mini" to the G2 mini back in August, 2013 in the face of the Optimus L9 II. The second generation L9 sports the dual-core variant of the Snapdragon 400 with two Krait CPUs and 1GB of RAM. Additionally, the similar 4.7" IPS LCD display is of 720p resolution, not the quaint qHD. It is also considerably cheaper than its more recent brother, but Android 4.1.2 Jelly Bean is a bit off-putting.

Finally, we can't just walk past Samsung and its Galaxy S4 mini, which shares a lot with the LG mini - just like the respective flagships did back in their time. Been around long enough, the S4 mini's pricing (around 230 euro) is just right to try and steal a few of the G2 mini's potential buyers.

All things considered, the LG G2 mini is among the solid midrange smartphones of 2014. It's reasonably compact and by no means underpowered - the biggest challenge coming from similarly priced competitors offering 720p screens. The good news is it has two of its flagship's main issues addressed - by adding a memory card slot and a user-replaceable battery. The rest of the specs are pretty much par for the field. Maybe not enough to make the LG G2 mini a truly memorable package - but a sensible choice nonetheless.