LG released another bit of information on the upcoming G2 Pro phablet. After confirming the device’s name and release last Sunday, LG spilled the beans on the camera of the Optimus G Pro’s successor. 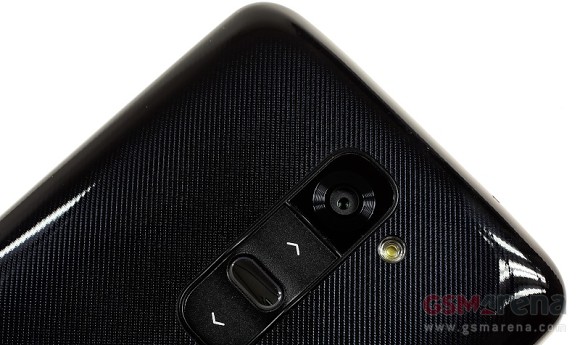 The LG G2 Pro will feature a 13MP camera with improved optical image stabilization (OIS+) and 4K (3840 x 2160 pixels) video recording. The front-facing camera of the device will be a 2.1MP unit.

Furthermore, the phablet’s camera will feature slow-motion video capture, as well as the capability to capture multiple photos in burst mode. In short, when available, the handset promises to improve on the already stellar camera experience of the LG G2.

The LG G2 Pro is likely to break cover during MWC in Barcelona at the end of this month. Alleged photos of the phablet reveal that it will feature similar design to the G2 smartphone.

I can't wait for this phone!

Which ever one you liked better was not the point. Not what either of you said or I replied to.

Despite the OIS the S4 overall definitely resolves more detail. As well as definitely having clearer videos, better audio, and vastly better HDR and panorama. So no. The G2 is just a little less shaking in some cases and has a slight edge in low ligh...