LG G3 was announced in May and released at the start of this month in South Korea. Today LG finally announced its plans to expand the availability of the flagship worldwide. 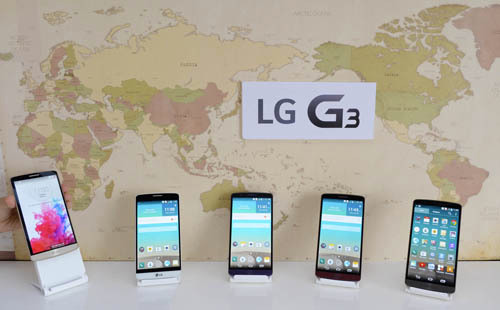 Europe and the Middle East, among other regions, will get the smartphone in July. The expected EU price is €615/£500.

LG detailed the G3 in Asia and Europe will come with wireless charging capabilities and it will be compatible with any Qi charger. You can opt for the LG' proprietary folding wireless charger, too.

You can check the LG G3 specs and you may want to take a look over our in-depth review as well.

U.S. release dates are almost always pushed back. It takes time ya know....to cripple features, lock down bootloaders, install stuff like KNOX, bloatware, stick the stupid carrier logos all over it, BEFORE it can hit the USA market.

At least it's down to £489 here in UK, it will drop faster a month after release