LG G3 image leaks via a case maker, shows front and back

Yet another case for the upcoming LG G3 leaked showing off the curios back design as well as the front. The G3 keeps the centered power/volume key setup below the camera, but adds a dual-LED flash and what looks like a sensor or an IR blaster flanking the camera. 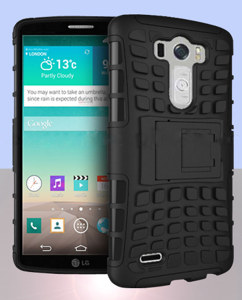 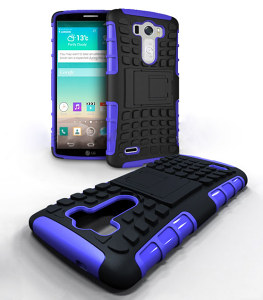 Alleged images of the LG G3 in a rugged case

Thanks to Pest for sending this in!

this stuff is photoshopped

Just the same crap as always! A poor speaker in the back, a ok camera and a horrible UI android customized system from LG. Just trade my LG G2 to the New HTC ONE M8. HTC does know how to make a customized UI system, a fucking premium design and a OK ...

Clearly the front of the phone in this image is a G2. Anyone who believes otherwise is smoking crack