We have been hearing a lot about the upcoming LG G3 flagship and now its mini version has been spotted on the horizon. Codenamed B2 mini (the G3 is codenamed B2), the LG G3 mini has appeared in a leaked document that reveals some of its specs.

The G3 mini (model name LG D725 as per the document) carries a 720p display of yet unknown size. It runs Android 4.4.2 KitKat with LG's Optimus UI on top. 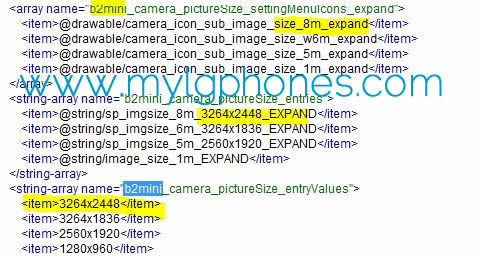 Another tidbit that the document unveils is the phone's camera. It's an 8MP snapper that shoots stills of up to 3264 x 2248 pixel resolution. We don't know how the G3 mini would look like, but an educated guess would be it should carry most of the design characteristics of the LG G3, just like the LG G2 mini.

hardly concrete evidence, b2 mini on website. wow my be true.

better back link to the source..

This is goodnews to me I would buy one. Thanks LG I hope better design than G2 mini and larger battery.