The LG G3 is already rocking Android 5.0 Lollipop, as its initial update has spread across Europe since December.

Now though, the Korean smartphone maker is in the process of pushing an additional firmware upgrade for the G3, at least it's doing so in Italy. So presumably other European countries will follow. 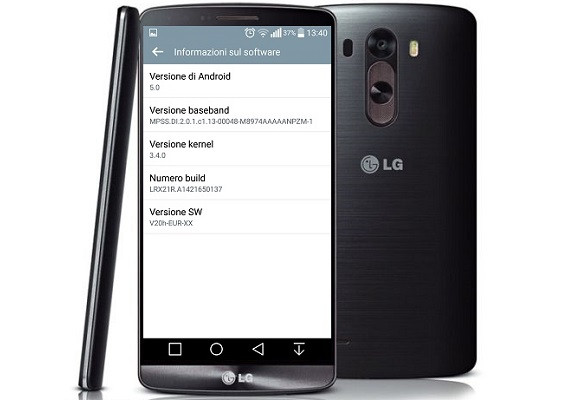 This is still Lollipop, mind you, but it's a smaller update that's primarily meant to polish things around, making the experience better than before.

The update comes in at around 90 MB. After applying it, you'll be running software version V20h, whereas the initial Lollipop update took that to V20e.

The new version brings with it unnamed bug fixes and improvements, along with some new icons for the software-rendered Android keys, as well as smoother animations all-round.

On which network are you? I'm also in South Africa, but on Virgin Mobile, only the v20e is available for my G3...

I got updates today in South Africa. I like it. LG G3 is my first Android phone and I am impressed with it so far.

Im still on 5.0 in Bulgaria